Moritz Bleibtreu Net Worth: Moritz Bleibtreu is a German actor who has a net worth of $4 million. Moritz Bleibtreu was born in Munich, West Germany, in 1971, and was raised in Hamburg. He started acting before his tenth birthday, appearing on "Neues aus Uhlenbusch", a local children's program. Bleibtreu moved to Paris and later New York City after leaving school when he was 16 years old.

He started studying acting while abroad. Bleibtreu has appeared in dozens of movies and TV shows. He's best known for appearing in "Speed Racer" as the Gray Ghost, "Run Lola Run" as Manni, "Das Experiment" as Tarek Fahd, and "The Baader Meinhof Complex" as Andreas Baader. His other credits include "Knockin' on Heaven's Door", "Luna Papa", "The Invisible Circus", "Agnes and His Brothers", "The Keeper: The Legend of Omar Khayyam", "About the Looking for and Finding of Love", "Atomised – The Elementary Particles", "The Stone Council", "Reclaim Your Brain", "La Masseria Delle Allodole", "Jew Suss: Rise and Fall", "Young Goethe in Love", "Vallanzasca – Gli angeli del male", "My Best Enemy", "The Fourth State", "World War Z", "Vijay and I", "The Fifth Estate", and "Female Agents". In 2003, Bleibtreu was invited to sit on the jury for the 25th annual Moscow International Film Festival. 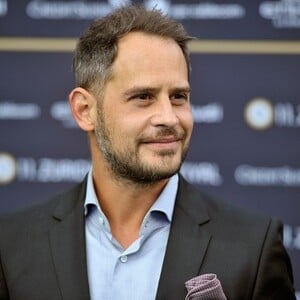