Morgan Smith Goodwin net worth: Morgan Smith Goodwin is an American actress who has a net worth of $3 million dollars. Goodwin was born in Cullman, Alabama in August 1985. She is best known for being the new face of Wendy's Restaurants in a series of nationally syndicated commercials. She graduated with a degree in theater from Birmingham-Southern College and then moved to New York City.

Morgan was one of the original cast members of the Off-Broadway production of Freckleface Strawberry. In 2011 she was the lead in a production of Sweet Charity in Birmingham, AL. She began to appear in television commercials for Wendy's Restaurants' new campaign Now That's Better in 2012. She appeared in the short Circumstance in 2006. Her original hair color is dark blonde. She is married to Dave Goodwin who is the manager of Gramercy Tavern in New York City, NY. 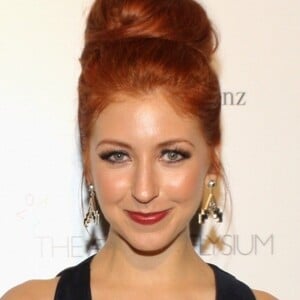