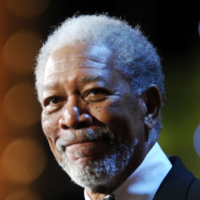 What is Morgan Freeman's Net Worth and Salary?

Morgan Freeman is an American actor, film director and narrator who has a net worth of $250 million dollars. For over 20 years he has been one of the most famous and in-demand actors in the world. His current net worth would have been much higher had Morgan not been forced to pay his ex-wife a $100 – $200 million divorce settlement in 2010.

Born on June 1, 1937 in Memphis, Tennesee, Morgan Freeman is the son of Mayme Edna and Morgan Porterfield Freeman. He's the youngest of five children. Shortly after he was born, his parents relocated to Chicago to find work, and Morgan stayed with his maternal grandmother in Charleston, Mississippi. His grandmother died when he was six, and he moved to Chicago to be with his mother, who at that point had separated from his father. They eventually moved back to Tennessee.

Freeman got the acting bug when he was just nine years old and he played the lead role in a school play. He graduated from Broad Street High School in 1955 and went on to enlist in the United States Air Force. Once he moved to Los Angeles after his time in the military, he started taking acting lessons at the Pasadena Playhouse. To make ends meet, Morgan worked as a transcript clerk at Los Angeles City College. At the same time, he was often traveling around New York City and to San Francisco, working as a dancer and as a member of a music theater group, respectively.

In the mid-1960s, Freeman first appeared in an off-Broadway production of a play titled The Niggerlovers and then with Pearl Bailey in an all-African-American Broadway production of Hello, Dolly! in 1968. His first film appearance was in Who Says I Can't Ride a Rainbow! In 1971. He became a familiar face in America through both work on the soap opera Another World and appearances on The Electric Company, a PBS kids' show.

He continued his theater work and, in 1980, received the Obie Award for his starring role in Coriolanus. He nabbed his second Obie in 1984 for The Gospel at Colonus, and in 1989 was given the award again for his lead role in Driving Miss Daisy (later adapted for the screen, which he starred in.)

The later '80s and early '90s was an upward climb for Freeman, who began playing prominent roles in big-budget films. He was cast in the 1987 film Street Smart as Fast Black, and the role earned him an Oscar Nomination for Best Supporting Actor. In 1994, he won the role of Red in The Shawshank Redemption, which catapulted him into A-list fame. He went on to star in several other big-budget films like Seven, Robin Hood: Prince of Thieves, Deep Impact, and Unforgiven.

2005 was a big year for Freeman. After three previous nominations, Morgan finally won the Best Supporting Actor Oscar for his work in Clint Eastwood's Million Dollar Baby at the 77th Academy Awards.

In 2005 he was chosen to play the role of God in the blockbuster film Bruce Almighty (and later, the sequel Evan Almighty.) He appeared in Christopher Nolan's Dark Night Trilogy–Batman Begins in 2005 as well. He later went on to reprise his role in the two sequels.

After starring in 2007's The Bucket List, Freeman made a big return to the stage and co-starred with Peter Gallagher and Frances McDormand in Broadway hit The Country Girl. He teamed up with director Clint Eastwood in 2009 to play Nelson Mandela in Invictus, which earned him an Academy Award nomination for Best Actor. In 2013, he appeared in Olympus has Fallen (and in 2016, the sequel London has Fallen) and Oblivion. 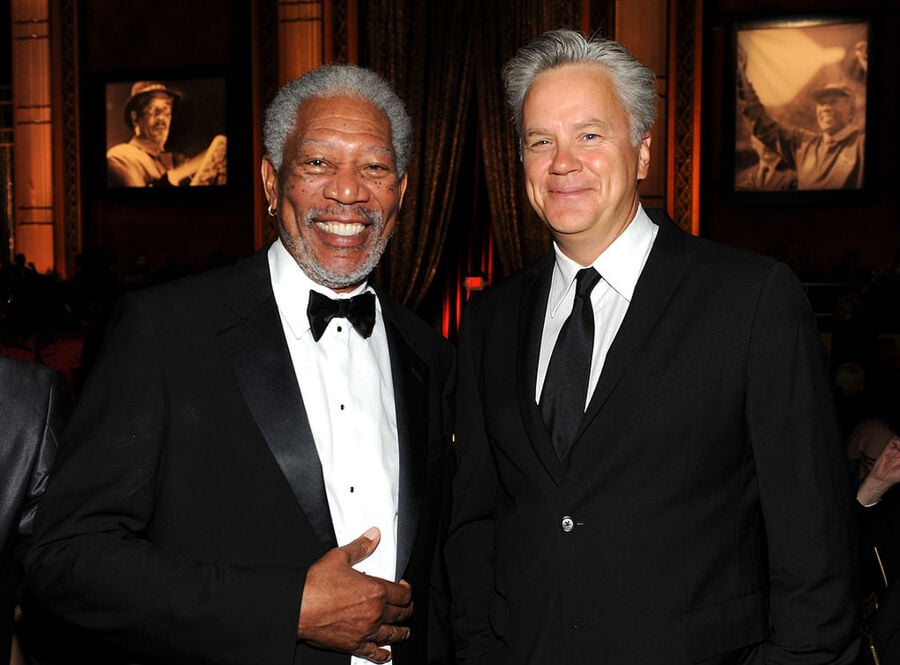 In 1993, Morgan made his debut as a director with Paramount Pictures' "Bopha!". To date, the only other directing endeavor he has undertaken was for three episodes of Madam Secretary.

Known for his distinctive, booming voice, Morgan is frequently picked for narration work. In 2005, he narrated War of the Worlds and the documentary March of the Penguins, and later did voice work for 2014's Lego Movie. He replaced Walter Cronkite as the voice intro to the CBS Evening News in 2010. He's also the host and narrator for "Through the Wormhole", a Discovery Channel physics show. Freeman did the narration for many popular Visa commercials until 2018. 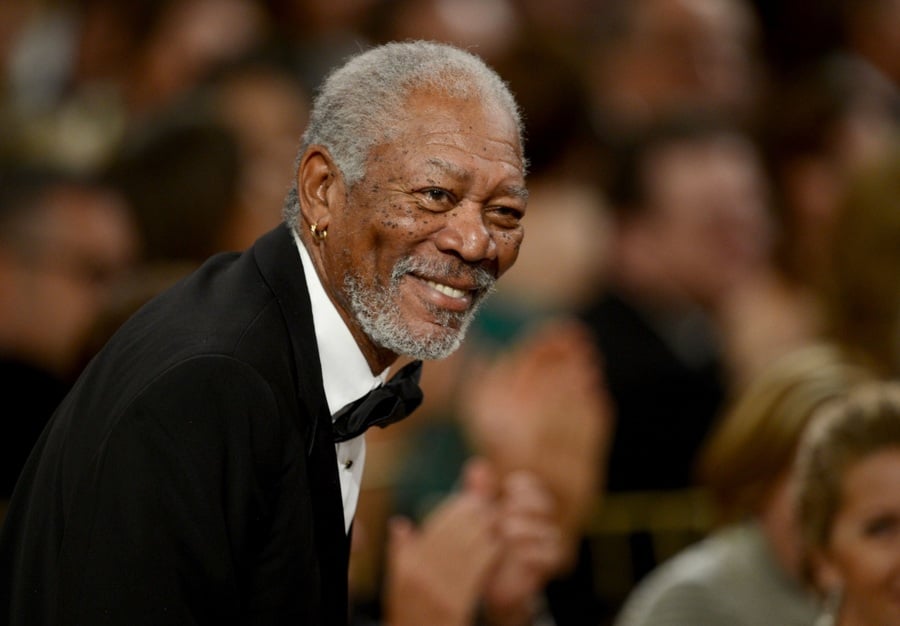 Freeman was married to Jeanette Adair Bradshaw from 1967–1979. He married Myrna Colley-Lee in 1984, and they divorced in September 2010. He has four children. His stepdaughter from his first marriage was tragically murdered in 2015 in New York City. She was 33 years old.

Freeman was involved in a near-tragic car accident on the night of August 3, 2008 near Ruleville, Mississippi. His Nissan Maxima flipped several times after flying off the highway. He and a female passenger were rescued by paramedics using the "Jaws of Life" and taken via helicopter to a hospital in Memphis. Freeman broke his left shoulder, arm, and elbow in the crash. Although alcohol was ruled out as a factor in the crash, his passenger (Demaris Meyer) later sued him for negligence and claimed he had been drinking that night. The lawsuit was settled for an undisclosed amount out of court.

In May 2018, CNN reported the results of an investigation in which eight women accused Freeman of sexual harassment. Eight other people came forward to say they had witnessed inappropriate behavior on movie sets or at his production company. Freeman issued an apology after the report was released. As a result, the Screen Actors Guild contemplated taking away Freeman's lifetime achievement award, but in September 2018 ruled that he could retain it.

Freeman was active in relief efforts for Hurricane Katrina victims, and he formed the Grenada Relief Fund to aid victims of Hurricane Ivan.

In March 2019, Morgan revealed that he had converted his 124-acre farm in Mississippi into a bee sanctuary.

Morgan Freeman's net worth today is $250 million, but that's after he paid his ex-wife of 26 years, Myrna Colley-Lee $100-200 million in real estate and cash back in 2010. At one point Myrna had sought as much as $400 million based on the valuation of their holdings and his future earning potential.