Morena Baccarin Net Worth and Salary

Morena Baccarin is a Brazilian-born actress who has a net worth of $8 million. Baccarin first gained prominence after playing the role of Inara Serra in the cult-favorite sci-fi series "Firefly" before reprising her role in the film "Serenity." She is also known for playing the role of Vanessa in the "Deadpool" movies. Her other TV work includes major roles in series such as "Homeland" and "Gotham." For these two roles, she was nominated for two Primetime Emmy Awards for Outstanding Supporting Actress in a Drama Series. In addition, Morena has become an established voice actress who is perhaps best known for voicing the character of Black Canary in the animated series "Justice League Unlimited."

Morena Silva de Vaz Setta Baccarin was born on June 2nd of 1979 in Rio de Janeiro, Brazil. Raised by an actress and a journalist in a family with Italian heritage, Morena relocated to New York when she was seven years old. She then grew up in Greenwich Village, where her father worked at Globo TV. While attending a variety of secondary schools in New York, she met her future "Homeland" co-star, Claire Danes. After graduating from high school, she attended the famous Juilliard School and completed her acting program in 2020.

Morena began her acting career with a number of film roles, starting with movies like "Perfume" and "Way Off Broadway." She also became involved in theatre productions, serving as Natalie Portman's understudy while they rehearsed for a revival of "The Seagull."

Baccarin's first big moment came in 2002, when she booked the role of Inara Serra in "Firefly." Although the series only lasted one season before being canceled (much to the dismay of science fiction fans around the world), it helped put her on the map. She later reprised her role when the series was adapted into a film called "Serenity," which was released in 2005. That year, Morena also began her voice acting career by playing the role of Black Canary in "Justice League Unlimited."

Throughout the next few years, Baccarin mostly booked guest-starring roles in series like "How I Met Your Mother," "The O.C.," and "It's Always Sunny in Philadelphia." In 2006, she booked a role as a villain in the science fiction series "Stargate SG-1." She then appeared in the movie "Stargate: The Ark of Truth." In 2009, Baccarin returned to theatre work, this time booking a role in an Off-Broadway play called "Our House." That year, she also booked the lead role in the series "V." However, this series only lasted for two seasons before being canceled.

Bouncing back from the cancellation of "V," Morena immediately booked a lead role in "Homeland," playing the wife of a prisoner of war. In recognition of her performance, she won widespread praise from critics. This included a nomination for Outstanding Supporting Actress in a Drama Series at the Emmy Awards of 2013. In 2015, she returned to film work with an appearance in the film "Spy." Next year, she joined the cast of "Deadpool" alongside Ryan Reynolds. She then reprised this role in 2018's "Deadpool 2."

Starting in 2015, Baccarin joined the cast of "Gotham." For the next five years, she played the role of Dr. Leslie Thompkins until "Gotham" came to an end. After a brief appearance in a Brazilian TV series (the first Brazilian production of her entire career), she booked a role alongside Gerard Butler in the 2020 film "Greenland."

In addition, Morena has booked a number of additional film, TV, and voice roles over the course of her career. Fans of the video game series "Destiny" will recognize her as the voice of Sagira in the Curse of Osiris DLC. Other notable voice roles came with animated films like "Son of Batman" and "Batman: Bad Blood," as well as animated series such as "Batman: The Brave and the Bold." She has made additional live-action appearances in series like "A Series of Unfortunate Events," "The Twilight Zone," "The Mentalist," "Medium," "Numbers," and "Heartland." 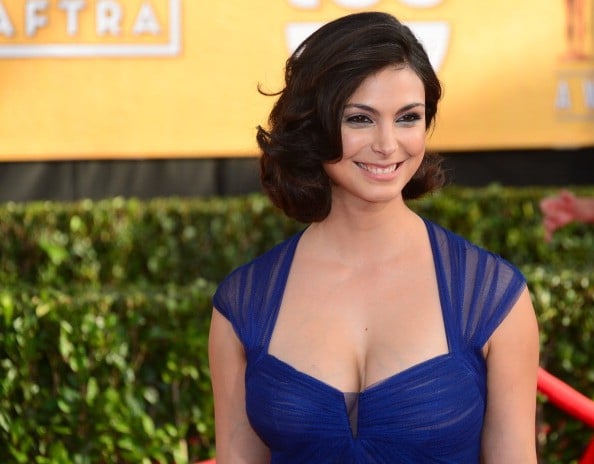 Morena Baccarin has worked with the International Rescue Committee, mostly on matters related to refugees.

In 2011, Baccarin married producer and director Austin Chick. They had one son together in 2013 before Chick filed for divorce in 2015. Before the divorce was finalized in 2016, Morena started dating her "Gotham" co-star, "Ben McKenzie." She also stated that she was pregnant with his child. In 2016, the pair became engaged and welcomed their first child into the world. They were later married in 2017 and subsequently welcomed their second child into the world in 2021.

In 2018, it was reported that Baccarin had sold a home in Los Angeles for $2.1 million. The residence lies between the neighborhoods of Silver Lake and Echo Park, which are home to many other celebrity houses. She initially purchased the property for $1.3 million back in 2012. Featuring 2,900 square feet of living space and five bedrooms, this residence boasts a number of fireplaces, French doors, and a terraced backyard. Other highlights include beautiful views of the Silver Lake Reservoir.

Morena owns another home in Brazil, and she also owns an apartment in the Battery Park neighborhood of New York. In addition, the actress purchased a second Los Angeles home in 2008 for $650,000. This second residence lies in the Alterwater Village area, and it features Spanish-style aesthetics. 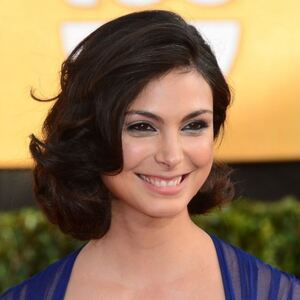