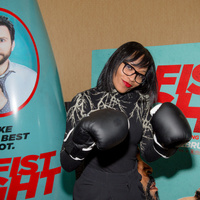 Monyetta Shaw net worth: Monyetta Shaw is an American actress and reality television personality who has a net worth of $2 million. She is best known for her work in Soul Men, Video Girl, and Welcome Home, Roscoe Jenkins; she is also one of the cast members on VH1's reality television show, Atlanta Exes. Atlanta Exes is a spinoff show from the popular show, Hollywood Exes. Hollywood Exes is an American reality television series that debuted in 2012 and chronicles the lives of ex-wives of famous men. The cast of Atlanta Exes includes Tameka Raymond (Usher's ex-wife), Christina Johnson (Cee Lo Green's ex-wife), Sheree Buchanan (Atlanta Falcon, Ray Buchannan's Ex-wife), Torrei Hart (Kevin Hart's ex-wife), Traci Steele (wife of DJ Babey Drew), and Monyetta Shaw. Monyetta was engaged to Ne-Yo for several years, but they never married and Ne-Yo announced he was breaking up with Monyetta via his Instagram account. Ne-Yo is an American R&B singer, songwriter, record producer, dancer and actor who began his career as a songwriter. Ne-Yo and Moneytta have two children, Madilyn Grace Smith and Mason Evan Smith. In addition to her work as an actress, Monyetta Shaw is also busy penning a children's book series that is based on the lively personality of her toddler.