Over the course of his career, Montel has struggled with significant health issues. He was diagnosed with multiple sclerosis in 1999, and he has become quite active with the MS Foundation, a nonprofit organization that he founded after receiving his diagnosis. Instead of letting this illness slow him down, he has forged ahead with a variety of new projects. Prior to his success in the entertainment world, Williams served in the US Marine Corps and the US Navy, and he received an honorable discharge after 15 years of service.

Early Life: Montel Brian Anthony Williams was born on July 3rd of 1956 in Baltimore, Maryland. During his high school years, Montel was elected class president on more than one occasion. He was an avid athlete and a strong academic student. He also became involved in music at a young age. Raised in a Roman Catholic household, Williams served as an altar boy until the age of 11.

Military Career: After leaving high school, Williams enlisted in the Marine Corps in 1974. He then attended the Naval Academy Preparatory School and completed a four-year officer training program at the US Naval Academy, graduating in 1980 with a degree in general engineering. He also graduated with a minor in security affairs. Montel subsequently completed the Naval Cryptologic Officer training program and spent 18 months in Guam as a cryptologic officer. Eventually, he left the Navy having achieved the rank of Lieutenant Commander. He also won the Meritorious Service Medal, the Navy Commendation Medal, and the Navy Achievement Medal.

Entertainment Career: In 1991, Williams began hosting "The Montel Williams Show." Five years later, he had won a Daytime Emmy Award for Outstanding Talk Show. The show reached its peak ratings in the 1996-97 season, and he was nominated for several awards throughout the rest of its run. In 2008, Variety decided to end "The Montel Williams Show." There were widespread rumors that the show had been canceled because Williams had publicly criticized mainstream media's obsession over Hollywood stars, as Montel had expressed a desire to cover the achievements of military personnel instead. Montel also faced widespread criticism for allowing a so-called psychic called Sylvia Browne to appear on his show on numerous occasions.

Aside from hosting his talk shows, Williams has appeared in several projects as an actor. He played a Navy SEAL in three episodes of "JAG," and appeared in the TV series "Matt Waters." Montel also appeared in the film "The Peacekeeper" and in the soap opera "All My Children." In addition, Williams is known for her appearances in shows like "The New Adventures of Robin Hood and "Guiding Light." Montel Williams has also hosted other shows besides "The Montel Williams Show." In 2004, he began hosting "American Reality." 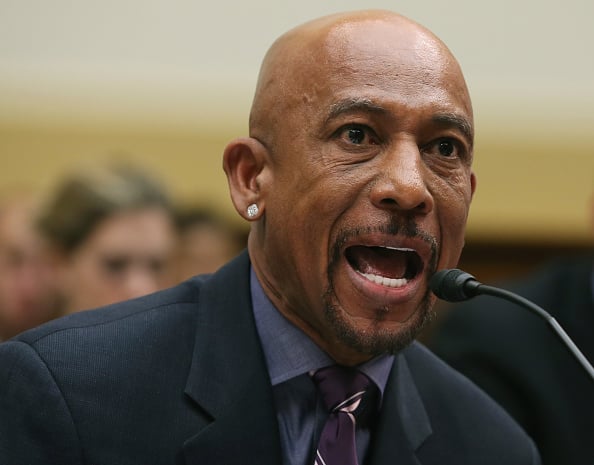 Controversy: Montel has supported his income with various brand endorsement deals over the years. Unfortunately, his decision to act as a spokesperson for MoneyMutual proved to be a bad decision, as the brand has been accused of harming African Americans with high interest rates. Eventually, MoneyMutual's parent company was fined over $2 million dollars, and it was banned from running ads to New Yorkers.

Real Estate: Montel was one of the many celebrities who purchased condos in a Riverside Park building originally constructed by Donald Trump. In total, Williams snatched up three different condos in this building, including two penthouse units. In 2003, he sold off his first condo at this building. Then in 2005, he followed up by selling one of the penthouse units for $2.275 million. Williams then waited another year before selling the final penthouse suite for $5.7 million. He had originally listed this property for $6 million, but he continued to lower the price in increments of $100,000.

At one point, a couple signed a contract to purchase the home for $5.65 million, but a dispute led to the deal falling through. Williams was even forced to file a lawsuit against the couple, seeking damages of $282,500 and monthly installments of $20,000 until he managed to sell the home to someone else. He filed the lawsuit under breach of contract, and at one point he was trying to convince the court to award him the $342,500 down payment that was being held in escrow. Finally, the lawsuit was settled and the couple was able to wriggle out of their contractual obligations.

This entire debacle led to Montel losing significant amounts of money. First of all, it's important to consider the legal fees associated with a lawsuit. Secondly, Montel was selling the home at a loss anyway, having originally paid more than $6.5 million for the home back in 2004. This means that Williams' losses were probably in the seven figures.

The penthouse suite itself offers 4,300 square feet of living space, and the building has plenty of amenities. These include a 24-hour doorman, a health club, a pool, and a conference room. 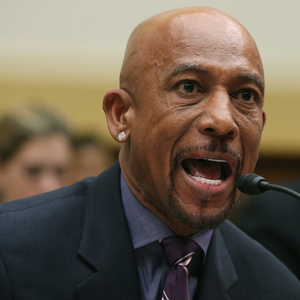