Monica Raymund Net Worth: Monica Raymund is an American actress who has a net worth of $4 million dollars. Monica Raymund was born in St. Petersburg, Florida in July 1986. She graduated from the Julliard School in New York City and performed in stage productions. Her first appearance came in the 2007 short Fighter.

In 2008 Monica made her television debut in an episode of Law & Order: Special Victims Unit. From 2009 to 2011 she starred as Ria Torres in the TV series Lie to Me. Her film debut came in 2012's Arbitrage. From 2011 to 2012 Raymund starred as Dana Lodge in the CBS series The Good Wife. In 2013 she starred as Maya in the movie Brahmin Bulls, and since 2012 she has starred as Gabriela Dawson in the NBC series Chicago Fire. She has also appeared on episodes of Blue Bloods and Chicago P.D. In 2014 she won an Imagen Award for Best Actress/Television for Chicago Fire. She has also been nominated for a Teen Choice Award. Monica married writer Neil Patrick Stewart in 2011. She is bisexual and is a supporter of LGBT issues. She is scheduled to star in the upcoming film Happy Baby as Maria. 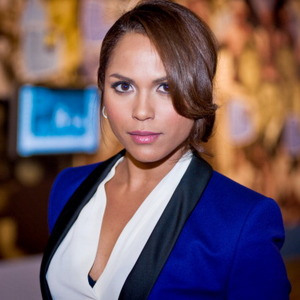