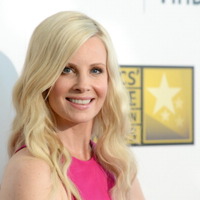 Monica Potter net worth: Monica Potter is an American actress who has a net worth of $3 million dollars. Monica Potter was born in Cleveland, Ohio and began her professional career as a model and actress when she was in elementary school, appearing in print ads and commercials. She began adding television credits to her resume in the mid-90s, and gained her first notice playing Sharon Newman on "The Young and the Restless". From there, she went on to a steady career, appearing in both film and television productions. She has played guest starring, co-starring, and starring roles in such projects as, "Bulletproof", "Con Air", "Without Limits", "Patch Adams", "Heaven or Vegas", "Head Over Heels", "Along Came a Spider", "I'm with Lucy", "Reversible Errors", and "Saw". She is most widely recognized for her recurring roles on "Boston Legal" and "Trust Me", and for her co-starring role on the hit series, "Parenthood".