Monica Keena Net Worth: Monica Keena is an American actress who has a net worth of $500 thousand dollars. Born in Brooklyn, New York, in 1979, Monica Keena started taking drama classes at the LaGuardia High School of Performing Arts. Keena made her television debut playing the title character in the TV movie "A Promise Kept: The Oksana Baiul Story" in 1994.

Her film debut came a year later in "While You Were Sleeping" as Mary Callaghan. Keena's first big role came as Lilli Hoffman in 1997's "Snow White: A Tale of Terror". Her other film credits include "The Simian Line", "Bad Girls From Valley High", "Freddy vs. Jason", "Man of the House", "Left in Darkness", "Brooklyn Rules", "40 Days and Nights", "Karma", and "Manson Girls". Keena has appeared in more than a dozen TV shows. She landed a 14-episode role as Abby Morgan in "Dawson's Creek" during the late '90s and in appeared in 17 episodes of "Undeclared" a few years later. She held a small part in the hit series "Entourage" as Kristen. Her other appearances include "Without a Trace", "CSI: Crime Scene Investigation", "Grey's Anatomy", "All She Wants For Christmas", "Ghost Whisperer", "Robot Chicken", "Private Practice", "The Closer", and "Beavis and Butthead". In 2006, Keena lent her voice to the video game "The Sopranos: Road to Respect". 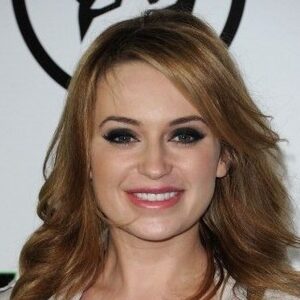