Mónica Cruz net worth: Mónica Cruz is a Spanish dancer and actress who has a net worth of $10 million dollars. Mónica Cruz has appeared in Jerry Cotton, Iron Cross and The Final Inquiry. Cruz started out as a dancer. She showed such promise as a youngster that she became a student at Spain's Royal Academy of the Dance, specializing in ballet and flamenco. When she graduated, she joined the prestigious flamenco group started by Joaquín Cortés. After seven years with the company, she decided to pursue acting like her sister Penélope Cruz. Her first job was on a television series in Spain called Un Paso Adelante. Her co-stars included Beatriz Luengo, Silvia Marty and Pablo Puyol. She moved on to movies, starting with Last Hour in 2005. She has had roles in Caminando, All Inclusive, Asterix at the Olympic Games, and 9 meses. In 2011, her sister Penélope was pregnant during the filming of Pirates of the Caribbean: On Stranger Tides, When her condition became too apparent, sister Mónica stepped in to act as stand-in for scenes shot from a distance. The director said they look so much alike, you couldn't tell them apart. Mónica was born in 1977 in the Alcobendas district of Madrid, Spain. She comes from a working class background. Both she, her sister and brother have pursued the arts with success. Her brother Eduardo is a singer. She has been linked romantically over the years to singer Miguel Ángel Muñoz and actors Fabián Mazzei and Álex González. She has one daughter. 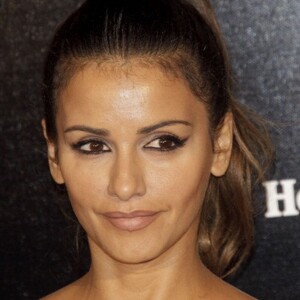