Monica Crowley net worth and salary: Monica Crowley is an American radio and television commentator who has a net worth of $4 million dollars. Monica Crowley was born in Arizona, and went on to earn a degree in Political Science from Colgate University. She subsequently earned a doctorate in International Relations from Columbia University.

She began writing back and forth with Richard Nixon and became his research assistant. She then became his Foreign Policy Assistant, and went on to edit and consult on two of his books, as well as publish two books of her own about her experience working with him. She has written for multiple publications, including The New York Post, The New Yorker, The Wall Street Journal, and the Washington Times. She has her own radio show, "The Monica Crowley Show", and is a foreign affairs and political analyst for the Fox News Channel. She also regularly serves as a guest host for Bill O'Reilly on "The O'Reilly Factor". 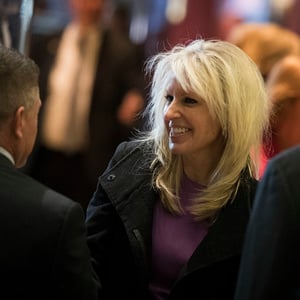