Monica Calhoun net worth: Monica Calhoun is an American actress who has a net worth of $5 million dollars. Monica Calhoun was born in Philadelphia, Pennsylvania, and began performing in the theater as a child. She went on to graduate from the Los Angeles County High School for Arts. She began her professional on-camera career in the mid-80s, appearing in both television and film projects.

She has appeared in guest starring or co-starring roles on such television shows as the "CBS Schoolbreak Special", "Bagdad Café", "A Different World", "Where I Live", "Sweet Justice", "The Wayans Bros", "Good News", "The Jamie Foxx Show", "NYPD Blue", "Strong Medicine", "Cold Case", and "Diary of a Single Mom". She has also appeared in such films and television movies as "Bagdad Café", "The Jacksons: An American Dream", "Jack the Bear", "Sister Act 2: Back in the Habit", "The Best Man", "Love & Basketball", "Justice", "Gang of Roses", "The Salon", and "The Best Man Holiday". 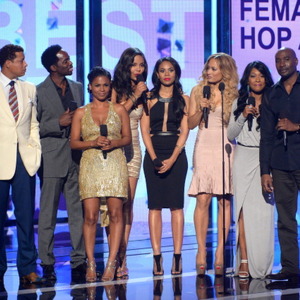