Molly Ringwald Net Worth: Molly Ringwald is an American actress who has a net worth of $11 million. Molly Ringwald is best known for starring in the popular teen 80s films "Sixteen Candles," "The Breakfast Club," and "Pretty in Pink." Before this, she earned recognition for her role on the NBC sitcom "The Facts of Life." Among Ringwald's other credits are the films "The Pick-up Artist," "For Keeps," and "Teaching Mrs. Tingle," and the television series "Riverdale."

Early Life and Career Beginnings: Molly Ringwald was born in 1968 in Roseville, California to chef Adele and blind jazz pianist Robert. She has two siblings, Beth and Kelly, and also had an older brother who passed away before she was born. At age five, Ringwald began her acting career as the Dormouse in a stage production of "Alice in Wonderland." Later, she attended the Lycée Français de Los Angeles.

At the age of ten in 1978, Ringwald was selected to perform in a production of "Annie" in Los Angeles. The next year, she was in an episode of the sitcom "Diff'rent Strokes," and was subsequently part of the cast of that show's spinoff, "The Facts of Life." On both shows, she played the character Molly Parker, a bubbly feminist student at Eastland Girls School. In 1980, Ringwald was a lead vocalist on two Disney albums: "Yankee Doodle Mickey" and "Disney's Merry Christmas Carols."

Brat Pack and Early Film Success: After making her debut on the big screen in "Tempest" and "Spacehunter: Adventures in the Forbidden Zone," Ringwald had her breakout role in the 1984 John Hughes coming-of-age comedy "Sixteen Candles." For her performance as Samantha Baker, a girl whose family forgets her 16th birthday, Ringwald won the Young Artist Award for Best Young Actress in a Motion Picture. After this success, she was considered a member of the "Brat Pack," a group of 80s teen actors that included frequent costars Anthony Michael Hall, Emilio Estevez, Judd Nelson, and Ally Sheedy. It was with the Brat Pack that Ringwald had her next biggest hit, John Hughes' "The Breakfast Club." In the 1985 film, the actress portrayed Claire Standish, a haughty rich girl who lands in detention for skipping class to go shopping. Ringwald was in yet another hit teen film the next year: "Pretty in Pink," directed by Howard Deutch and written by John Hughes.

Desiring more mature roles after "Pretty in Pink," Ringwald starred in three films in 1987: "P.K. and the Kid," the Jean-Luc Godard Shakespeare adaptation "King Lear," and the romantic dramedy "The Pick-up Artist," costarring Robert Downey Jr. The following year, she starred in "For Keeps," which is considered her final teen movie, and was also in "Fresh Horses" alongside fellow "Pretty in Pink" star Andrew McCarthy.

Further Film Career: In the early 90s, Ringwald reportedly turned down the female lead roles in both "Pretty Woman" and "Ghost." In 1990, she appeared in the romcom "Strike it Rich" alongside Robert Lindsay and John Gielgud, and also starred in the romcom "Betsy's Wedding" with Alan Alda, Ally Sheedy, Madeline Kahn, and Joe Pesci. In the mid-90s, Ringwald, who is fluent in French, moved to Paris and was in a number of French films. Other credits that decade include the erotic thriller "Malicious," the horror comedy "Office Killer," and the dark comedy "Teaching Mrs. Tingle," costarring Katie Holmes and Helen Mirren.

Kicking off the 2000s, Ringwald was in the ensemble restaurant-themed film "In the Weeds" and the Australian slasher film "Cut." In 2001, she was in the Western "Cowboy Up," and made a cameo appearance in the spoof film "Not Another Teen Movie." Later on, in the 2010s, she was in films such as "Jem and the Holograms," "Bad Night," "King Cobra," "SPF-18," "All These Small Moments," and "The Kissing Booth," a teen romcom in which she played the mother of the main character. She later reprised this role in the film's sequels. 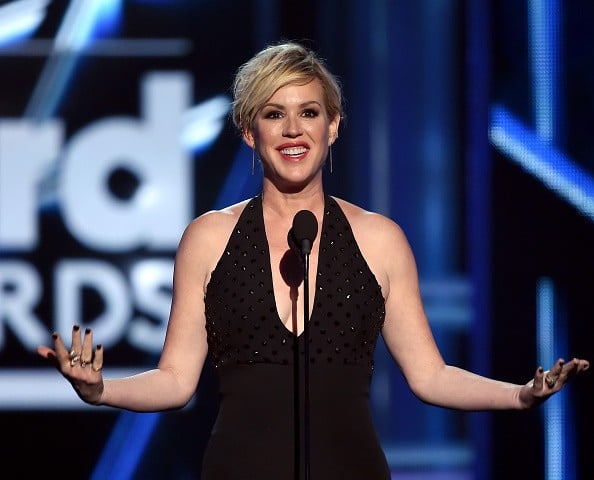 Television Career: Following her run on "The Facts of Life," Ringwald was in several television films. These included "Packin' it In," "Surviving: A Family in Crisis," "Women & Men: Stories of Seduction," and "Something to Live for: The Alison Gertz Story." In 1994, Ringwald had one of her biggest television roles as Frannie Goldsmith on the miniseries "The Stand," adapted from the eponymous Stephen King novel. The next year, she had another lead role on the ABC sitcom "Townies." Subsequent credits included the AMC series "Remember WENN," the television film "Twice Upon a Time," and episodes of "The $treet," "The Outer Limits," and "Medium."

After starring in the television films "The Wives He Forgot" and "Molly: An American Girl on the Home Front," Ringwald joined the main cast of the ABC Family network's "The Secret Life of the American Teenager" in 2008. Later, she had a lead role on the Canadian series "Raising Expectations." In 2017, Ringwald started a recurring role as protagonist Archie Andrews' mother on The CW series "Riverdale." Other television credits have included the Netflix series "Tales of the City" and Shudder's horror anthology "Creepshow."

Theatrical Career: On stage, Ringwald has performed in the play "How I Learned to Drive," the off-Broadway musical "tick, tick… BOOM!," and the long-running Broadway revival of "Cabaret," in which she headlined as Sally Bowles. In 2003, Ringwald began appearing in the play "Enchanted April," but left prematurely due to her pregnancy. The next year, she starred in the Broadway play "Modern Orthodox" opposite Craig Bierko and Jason Biggs.

Personal Life: In 1999, Ringwald wed French writer Valéry Lameignère in Bordeaux, France. The couple divorced in 2002. Later, in 2007, Ringwald married Greek-American writer and editor Panio Gianopoulos; they have a daughter, as well as fraternal boy-girl twins. 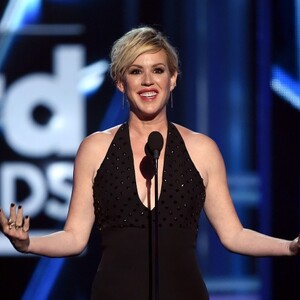