After 13 years of ballet school Parker became interested in acting. Her uncle was an actor and when she graduated from high school, his agent took her on. She is best known for her role on "Deadwood. Parker's breakthrough role was as the daughter of a lesbian military officer in the TV movie "Serving in Silence. She then landed the role of a necrophiliac in the 1996 film "Kissed," which led to more mainstream film and television work. Molly Parker is known for taking on controversial roles such as a lap dancer and paid escort in "The Center of the World" and a female rabbi on "Six Feet Under". Parker played the role of Abby McDeere in the 2012 television show "The Firm," based on the 1991 novel and 1993 film. Parker also appeared in the sixth season of "Dexter" and currently stars as Congresswoman Jacqueline Sharp in the second season of "House of Cards". 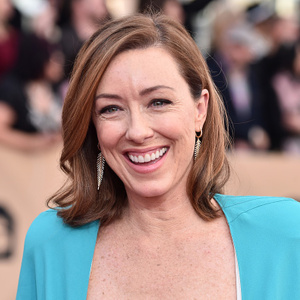