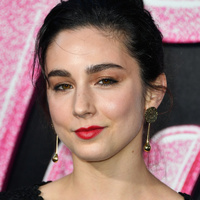 Molly Ephraim Net Worth: Molly Ephraim is an American actress who has a net worth of $1 million. Molly Ephraim was born in Philadelphia, Pennsylvania in May 1986. As a child Molly performed at the Bucks County Playhouse and also appeared later in productions at the Prince Music Theater and Arden Theatre Company. She graduated from Princeton University where she was a member of the Triangle Club and choreographed and performed in various productions. She made her Broadway debut as Little Red Riding Hood in Into the Woods in 2002. She starred as Bielke in Fiddler on the Roof on Broadway in 2004. Ephraim starred in the 2003 TV movie Hench at Home. In 2008 she starred as Wendy in the movie College Road Trip. She starred as Ali Rey in the movie Paranormal Activity 2 in 2010 and revived for the role for 2014's Paranormal Activity: The Marked Ones. She also starred as Cricket in the 2014 film Gravy. Since 2011 Ephraim has starred as Mandy Baxter in the television series Last Man Standing. She has also appeared in episodes of the TV series Law & Order and Royal Pains.