Moira Kelly Net Worth: Moira Kelly is an American actress who has a net worth of $2 million. Moira Kelly was born in Queens, New York, in 1968, and studied at Marymount Manhattan College. She held several small acting parts as a kid, first appearing in the TV movie "Love, Lies and Murder" as Cinnamon in 1991.

She also had roles in "The Boy Who Cried Bitch" and "Billy Bathgate" the same year. When Kelly was cast in "Twin Peaks: Fire Walk with Me" as Donna Hayward in 1992, she had to get permission from her priest to appear in an on-screen sex scene. Four years later, Kelly starred as the title character in "Entertaining Angels: The Dorothy Day Story". She appeared in 13 episodes of "To Have & To Hold" in 1998 and voiced adult Nala in "The Lion King" and "The Lion King II: Simba's Pride". In 1999, she was cast as Mandy Hampton in 22 episodes of "The West Wing". Four years later, she landed the part of Karen Roe on the hit series "One Tree Hill", appearing in close to 100 episodes between 2003 and 2009. Kelly's other TV and film credits include "The Lion King 1 ½", "A Smile as Big as the Moon", "Drop Dead Diva", "Two Tickets to Paradise", "Heroes", "The Twilight Zone", and "Love Walked In". Kelly has been married to her husband, Steve Hewitt, since 2000. They have two children together, Ella and Eamon. 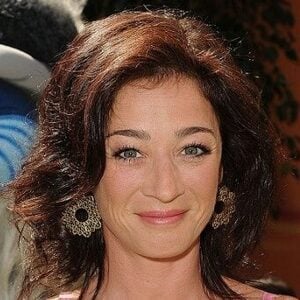