Mitzi Gaynor net worth: Mitzi Gaynor is an American actress, dancer, and singer who has a net worth of $50 million. Mitzi Gaynor, also known as Francesca Marlene de Czanyi von Gerber, was born in Chicago, Illinois. She grew up in an artistic family, and began training in ballet when she was child.

Her family relocated to Hollywood when she was in elementary school, and she began working as a chorus dancer for the Los Angeles Civic Light Opera Company when she was thirteen years old. She went on to become one of the most enduring and popular stars of movie musicals, and starred in such hit musical films as, "There's No Business Like Show Business", "Anything Goes", "South Pacific", and "For Love or Money". She performed in a series of specials throughout the late 60s and through the 70s, and has continued to tour to this day. She has also performed for the Academy Awards multiple times. Mitzi was married to movie producer Jack Bean from 1954 to his death in 2006. Together they launched a highly successful real estate business and owned several valuable estates in Southern California. 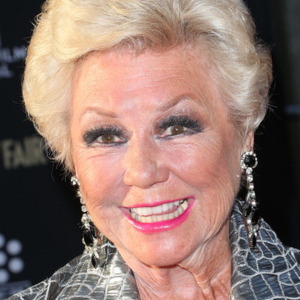