Mitchell Ryan net worth: Mitchell Ryan is an American actor who has a net worth of $3 million. Mitchell Ryan was born in Cincinnati, Ohio in January 1928. He has more than 130 acting credits to his name and one of his best known roles came starring as Burke Devlin on the television series Dark Shadows from 1966 to 1967.

Mitchell Ryan starred as Capt. Chase Reddick on the TV series Chase from 1973 to 1974. In 1989 he starred as Anthony Tonell on the series Santa Barbara. From 1997 to 2002 Ryan starred as Edward Montgomery on the television series Dharma & Greg. He has also appeared in several films including The Hunting Party, Magnum Force, Lethal Weapon, Hot Shots! Part Deux, Judge Dredd, Ed, Liar Liar, Grosse Point Blank, and more. Mitchell Ryan has also appeared in episodes of many TV series including The Drew Carey Show, The West Wing, The Practice, Wings, Murder, She Wrote, and more. 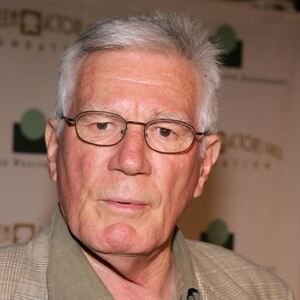