Since day one on the reality show, Missy and husband Jase have been very candid about aspects of their personal life, including sharing their story of their brave daughter's story of her birth defect. They soon even launched into talking about their sex life—the couple revealing that they waited to do the deed until their wedding night. In August of 2014, Missy and Jase publicly shared their heartbreak over experiencing a miscarriage. Although their first two children, Reed and Cole, were born without issue, they revealed that they lost a baby in 2002. Because Missy suffered a miscarriage at 30 years old, she was afraid that this meant she could no longer carry children to term. This was unsettling for Missy and Jase because they had plans to continue expanding their family. They were delighted to find out they were expecting another child, though taken aback when they found out she (Mia) would be born with a cleft palate. The couple always appears in the media to be blissfully happy and, in fact, husband Jase says that, three kids later, he still makes moves on his lady. Duck Dynasty debuted on A&E in 2012 and ran for 11 seasons ending in 2017. The Robertson family owns and runs their family business Duck Commander.  Missy Robertson was featured in every season of Duck Dynasty. The series won a Critics' Choice TV Award in 2013 for Best Reality Series. Robertson has also been featured on episodes of the TV series The View, Fox and Friends, Good Morning America, Inside Edition, The Insider, The Doctors, and Celebrity Page. She sang the national anthem at the 2014 Duck Commander Independence Bowl. 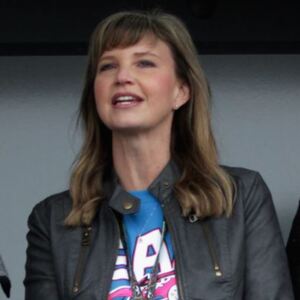