Miss Info net worth: Miss Info is an American radio presenter who has a net worth of $400 thousand dollars. Miss Info, also known as Minya Oh, was born in Chicago, Illinois and went on to graduate from Columbia University. She began her professional career as a writer and reporter for BET, and then went on to work as a journalist for The Source.

From there, she became Music Lifestyles Editor for multiple publications, including Vibe and Rolling Stone. She also served as the Managing Editor for XXL. She joined Hot 97 in 2003, co-hosting the morning show. She is most widely recognized for her "Celebrity Gossip" segments, which were originally part of Funkmaster Flex's show. They became so popular, that they now have their own slot at the beginning of every hour, and she also provides a similar program for BBC Radio 1xtra and BBC Radio One. She has also published a book called, "Bling Bling: Hip Hop's Crown Jewels", about hip hop fashion. She is currently appearing on the VH1 reality series, "This is Hot 97". 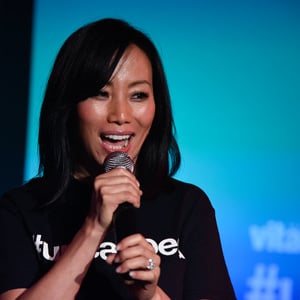