What is Misha Collins' Net Worth?

Misha Collins is an American actor and director who has a net worth of $2 million. Born Dmitri Tippens Krushnic in Boston, Massachusetts, in 1974, Misha Collins studied social theory at the University of Chicago and worked for Bill Clinton's administration in the Office of Presidential Personnel. He made his on-screen debut in an episode of "Legacy" in 1998 as Andrew. He took several small parts before landing the recurring role of Alexis Drazen on "24" in 2002.

Six years later, Collins scored the role of Castiel, an angel, on the hit CW series "Supernatural". Collins was a regular character during the fifth, sixth, ninth, and tenth seasons of the show and a recurring character during seasons four and eight. He directed an episode of the show's ninth season.

In addition to acting, Collins is an accomplished poet with work published in several places, including the Columbia Poetry Review.

He has been married to his wife, Victoria Vantoch, since 2001. They have two children together.

In October 2021 Misha listed a home in the Hollywood Hills for sale for a little under $4 million. 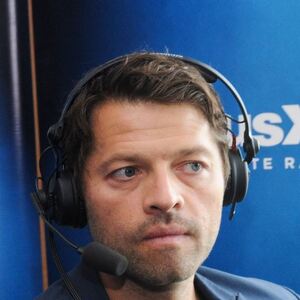