What is Mischa Barton's Net Worth and Salary?

Mischa Barton is an actress with British, American, and Irish citizenship who has a net worth of $2.5 million. Barton is best known for her role as Marissa Cooper on the popular Fox teen drama "The O.C." (2003–2006), a role which would inspire "Entertainment Weekly" to name her 2003's "It Girl." In 2013, she graced the cover of "People" magazine and gave an interview that addressed the "full-on breakdown" she experienced during the tumultuous years that followed. Mischa returned to television in 2009, starring in The CW's short-lived, Ashton Kutcher-produced "The Beautiful Life," and in 2012, she appeared in the Irish stage production of "Steel Magnolias." She has also appeared in several films, including "The Sixth Sense" (1999) and "Notting Hill" (1999), and she launched a fashion line, Mischa, in 2012.

Mischa Barton was born Mischa Anne Marsden Barton on January 24, 1986, in Hammersmith, London. She grew up in New York City with mother Nuala (an Irish photographer), father Paul (an English foreign exchange broker), and sisters Hania and Zoe. Mischa began acting in stage productions at age 8 and landed her first film role within three years. She attended Manhattan's Professional Children's School, graduating in 2004, and during the summer of 2006, she took an Acting Shakespeare course at London's Royal Academy of Dramatic Art on the recommendation of Sir Richard Attenborough, her "Closing the Ring" director.

In 1995, Barton landed a role in an Off-Broadway production of Tony Kushner's "Slavs!," earning critical acclaim from "The New York Times" and "New York" magazine. That year, she also co-starred with Marisa Tomei in the play "Twelve Dreams" at Lincoln Center and made her television debut on an episode of the ABC soap opera "All My Children." Mischa then appeared in "Where the Truth Lies" (1996) at New York's Irish Repertory Theatre and "One Flea Spare" (1997) at The Public Theater before gracing the big screen for the first time in 1997's "Lawn Dogs." She followed up her film debut with two box office hits in 1999: "Notting Hill," which grossed $364 million, and "The Sixth Sense," which brought in $672.8 million. From 1996 to 1997, Barton voiced Betty Ann Bongo on 15 episodes of Nickelodeon's "KaBlam!," and she had a recurring role as Katie Singer on ABC's "Once and Again" from 2001 to 2002.

Mischa appeared in the films "Paranoid" and "Skipped Parts" in 2000 and "Lost and Delirious," "Julie Johnson," and "Tart" in 2001. In 2002, she played the lead role in the Disney Channel movie "A Ring of Endless Light," which is based on a book by Madeleine L'Engle, and the following year, she guest-starred on an episode of Fox's "Fastlane" and appeared in her first music video, Enrique Iglesias' "Addicted." Barton would go on to appear in several more music videos, including James Blunt's "Goodbye My Lover" (2005) and "Everybody's on the Run" (2012) by Noel Gallagher's High Flying Birds. In 2003, Mischa began starring as Marissa Cooper on "The O.C.," appearing on 76 episodes before being killed off in a car accident in the season three finale. After leaving the show, she starred in the 2007 films "Closing the Ring," "Virgin Territory," and "St Trinian's" and 2008's "Assassination of a High School President." Barton made a return to TV in 2009's "The Beautiful Life," but the series was cancelled after just two episodes. 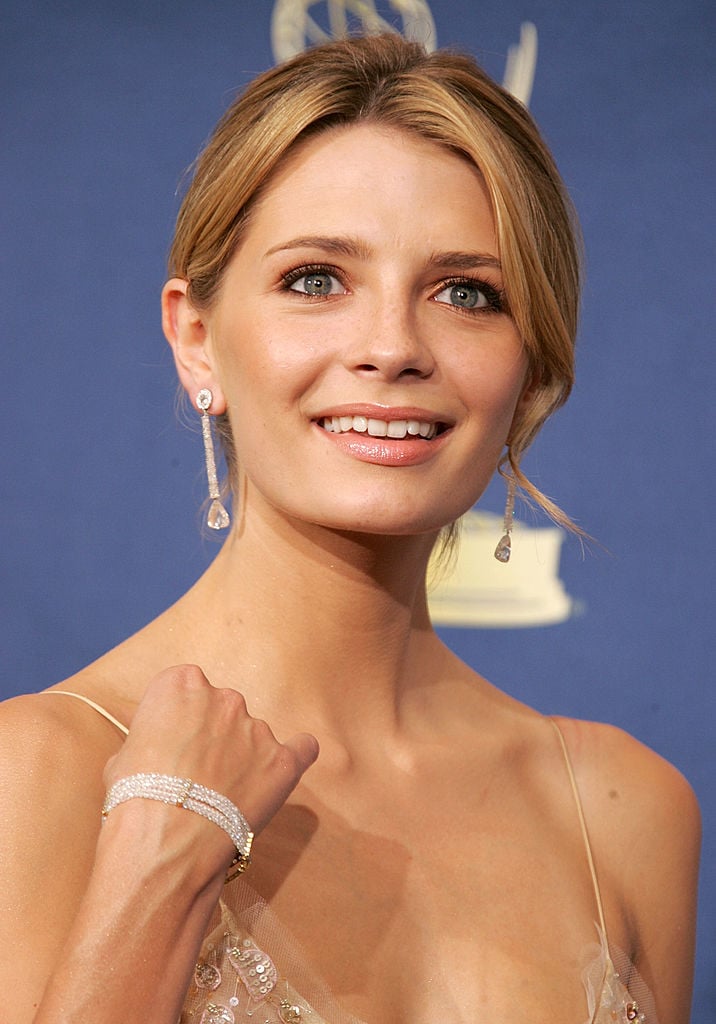 Mischa received positive reviews for her performance as Shelby in a 2012 production of "Steel Magnolias," which premiered at Dublin's Gaiety Theatre and later toured the country. She competed on ABC's "Dancing with the Stars" in 2016, coming in 11th place. Barton has starred in more than 40 movies in the 2000s, such as "Into the Dark" (2012), "Hope Lost" (2014), and "The Toybox" (2018), and in 2019, she joined the cast of MTV reality series "The Hills: New Beginnings." She has also modeled for Aéropostale, Calvin Klein, and Dooney & Bourke and designed a collection of handbags for ASOS.com in 2008.

In 2017, Mischa began dating Australian model James Abercrombie, and the two split up in 2019. Barton was named the spokesperson for environmental organization Climate Star in 2009, and she teamed up with QVC to raise money for cancer research in 2007. She was a spokesperson for the SAFE (Skin Awareness for Everyone) campaign in 2006 and an ambassador for Save the Children the following year.

Mischa's ex-boyfriend Jon Zacharias tried to sell nude photos of her as well as a sex tape that he had filmed without Barton's knowledge; she took Zacharias to court, and in 2017, he was barred from distributing the tape and photos and ordered to stay 100 yards away from Mischa. In December 2007, Barton was arrested for DUI in West Hollywood, and she was sentenced to three years of unsupervised probation in April 2008.

In 2009, she was held in the Cedars-Sinai psych ward for four days after blacking out while using a sedative and later threatening suicide. Mischa has said that she was actually "overworked and depressed," not suicidal, and after leaving Cedars-Sinai, she went to Paris to recover. In 2015, Barton sued her mother/manager, alleging that Nuala had stolen money from her and hurt her reputation with endorsement deals that she did not agree to. 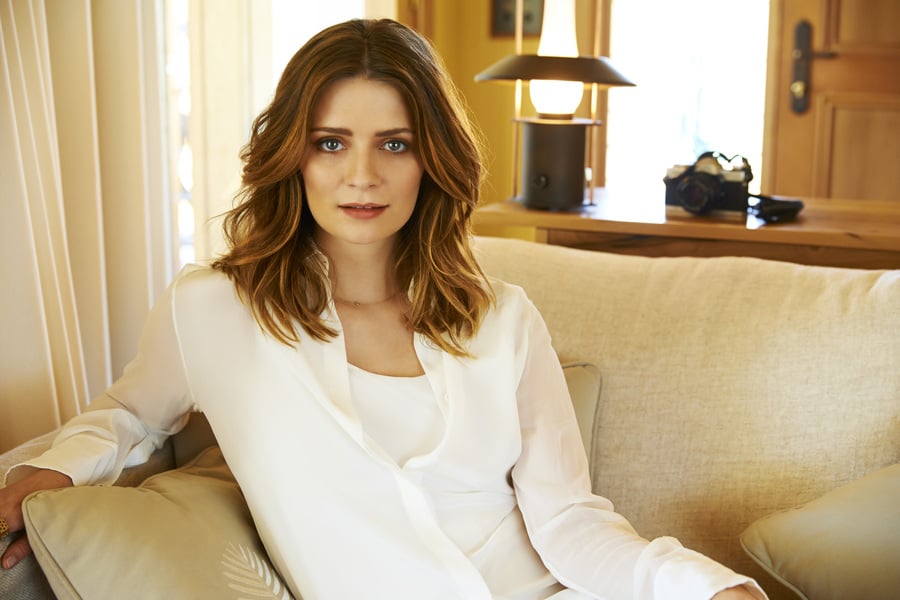 Photo by Emirates via Getty Images

In 2004, Mischa won a Choice Breakout TV Star – Female award at the Teen Choice Awards. She also won the award for Choice TV Actress in 2006 and has been nominated for five other Teen Choice Awards. In 2018, Barton won the Best Actress in a Feature Film award for "The Toybox" at the Northeast Film Festival, and she was nominated for a Bravo Otto award in 2005 and Prism Awards in 2005 and 2007.

In 2005, Mischa paid $6.4 million for a 6-bedroom Mediterranean-style home in Beverly Hills. Barton's triple story Mediterranean home was located on 1.21 hillside acres off Mulholland Drive. The home is 7,607 square feet, with 6 bedrooms, and 10 bathrooms. The home has an iron and glass front door opening to a stone covered entrance with beamed ceiling. The square formal living room has marble floors, a a wood burning fireplace, and French doors that open to terraces and patios. Near the formal living room is a large country kitchen, a library/media room with marble floors, built in book shelves, and a fireplace. There are two guest suites on the property. Outside the home features numerous terraces and patios, and a sunken swimming pool placed in the lawn.After defaulting on her mortgage payments, she put the house on the market for $8.695 in 2011, then offered it for rent for $30,000 per month. The home finally sold for $7.05 million in 2016. 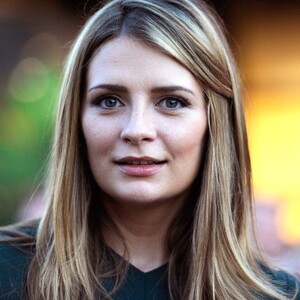