Miriam Margolyes net worth: Miriam Margolyes is a British-Australian actress and voice artist who has a net worth of $6 million. Miriam Margolyes was born in Oxford, Oxfordshire, England in May 1941. She has acted in theatre starring in Fiddler of the Roof, Canterbury Tales, Romeo and Juliette, The Vagina Monologues, The Importance of Being Earnest, and Wicked. Margolyes has over 150 acting credits to her name. She is best known for starring as Professor Sprout in the Harry Potter film series and for starring as Mrs. Mingott in the movie The Age of Innocence. Margoyles won a BAFTA Award for Best Actress in a Supporting Role for The Age of Innocence in 1994. In 1991 she was nominated for an Olivier Award for Best Entertainment for Dickens' Women. Margoyles was named an Officer of the Order of the British Empire for Services to Drama in 2002. 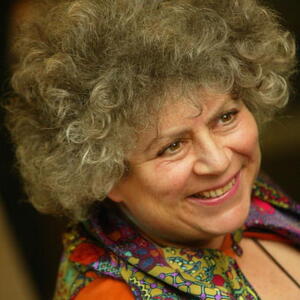