Miriam Colón Net Worth: Miriam Colón is a Puerto Rican actress who has a net worth of $5 million. Míriam Colón Valle (better known as Miriam Colón) was born August 20, 1936 in Ponce, Puerto Rico. She is the founder and director of the Puerto Rican Traveling Theater in New York City, New York.

As a young girl in the '40s, her recently divorced mother moved the family to a public housing project in Barrio Obrero, San Juan where Miriam attended the Román Baldorioty de Castro High School and actively participated in school plays. Her first drama teacher, Marcos Colón (no relation), believed in Miriam's talent and with his help she was permitted to observe the students in the Drama Department of the University of Puerto Rico. She was a good student in high school and was awarded scholarships to enroll in the Dramatic Workshop and Technical Institute and also in The Lee Strasburg Acting Studio in New York City. In 1953, Miriam Colón debuted as an actress in Peloteros (Baseball Players), starring Ramón (Diplo) Rivero, a film produced in Puerto Rico, and within which she played Lolita. In New York City, she was accepted by Actors Studio co-founder Elia Kazan after a single audition, becoming the studio's first Puerto Rican member. In New York, Colón worked in theater and later landed a role on the American daytime soap opera Guiding Light. Between 1954 and 1974, Colón made guest appearances in television shows such as Peter Gunn and Alfred Hitchcock Presents. On television she appeared mostly in westerns such as Gunsmoke, Bonanza, The High Chaparral and Have Gun, Will Travel. Colón also appeared in the 1961 film One-eyed Jacks as "the redhead". She went on to appear in several other television productions, including The Richest Man In Bogota starring Lee Marvin and the film Gloria starring Sharon Stone (1999). 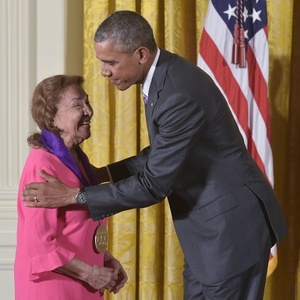