Mircea Monroe Net Worth: Mircea Monroe is an American actress who has a net worth of $2 million. Born November 28, 1982 in St. Louis, Missouri, her name was chosen by her father as an homage to his favorite professor, Mircea Eliade, at the University of Chicago, where he studied History of the Religions under this famous historian.

Her first professional acting job was in the New Line film, Cellular. She has since appeared in various films and pilots for The WB and Fox. She starred in the Fox show Drive and guest-starred on such TV shows as Freddie, Scrubs and Studio 60 on the Sunset Strip. Monroe also appeared in the starring role of the film The 41-Year-Old Virgin Who Knocked Up Sarah Marshall and Felt Superbad About It, playing Sarah Marshall. She also starred as Veronique in the horror film The Black Waters of Echo's Pond. Monroe was on the cover of the September 2004 issue of Maxim. She also landed a starring role on the Showtime series Episodes. Other productions she has appeared in between 2004 and 2014 include Just Friends, Borderland, Stone & Ed, Fast Girl, Finding Bliss, Tekken, Bloodwork, The Change-Up, Magic Mike, Slightly Single in L.A. among others. 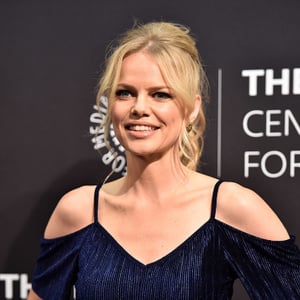