Miranda Richardson Net Worth: Miranda Richardson is an English actress who has a net worth of $8 million. Miranda Richardson was born in Southport, Lancashire, England in March 1958. She studied at the Bristol Old Vic Theatre School and joined the Manchester Library Theatre. She was nominated for an Olivier Award for A Lie of the Mind.

Miranda first appeared in the short The First day in 1980. She made her TV debut in 1981 on the series Agony. In 1983 she had a recurring role on the television series The Hard Word and made her film debut in 1985's Dance with a Stranger. In 1986 she played Queen Elizabeth in the series Black-Adder II. She has starred in the television series The Life and Times of Vivienne Vyle and Rubicon. Richardson has starred in the movies The Innocent, Underworld, Empire of the Sun, The Mad Monkey, The Bachelor, The Fool, Century, Enchanted April, The Crying Game, Damage, Tom and Viv, the Apostle, St. Ives, The King and I, Sleepy Hollow, Get Carter, Spider, The Actors, The Prince and Me, Phantom of the Opera, Harry Potter and the Goblet of Fire, Fred Claus, Made in Dagenham, Harry Potter and the Deathly Hallows: Part 1, Belle, and Muppets Most Wanted. Richardson won Golden Globe Awards in 1993 and 1995 and a BAFTA Award in 1993. She has been nominated for two Academy Awards. 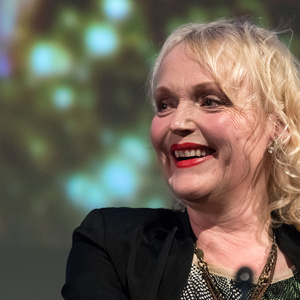