Miranda Otto net worth: Miranda Otto is an Australian actress who has a net worth of $4 million. Miranda Otto was born in Brisbane, Australia in December 1967. In 2013 she starred as Maddy Deane in the television series Rake. Otto starred as Allison Carr in the TV series Homeland in 2015. Since 2016 she has starred as Rebecca Ingram in the series 24: Legacy.

Otto has also had recurring roles on the TV series A Country Practice, The Way We Live Now, The Starter Wife, and Cashmere Mafia. She has starred in the films Emma's War, Initiation, The 13th Floor, The Girl Who Came Late, The Last Days of Chez Nous, The Nostradamus Kid, Sex Is a Four Letter Word, Love Serenade, The Well, True Love and Chaos, Doing Time for Patsy Cline, Dead Letter Office, In the Winter Dark, The Thin Red Line, What Lies Beneath, The Lord of the Rings: The Two Towers (as Eowyn), The Lord of the Rings: The Return of the King, War of the Worlds, I, Frankenstein, The Homesman, The Daughter, Annabelle 2, and Dance Academy: The Movie. Otto has won 13 awards including a Screen Actors Guild Award for The Lord of the Rings: The Return of the King. She married Australian actor Peter O'Brien in 2003. 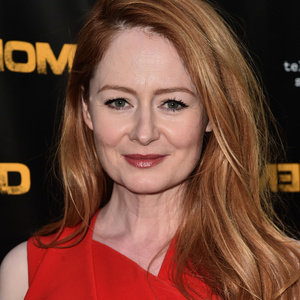