Miranda May Net Worth

Miranda May net worth: Miranda May is an American actress who has a net worth of $1 million. She is best known for starring in the television series Bunk'd.

Miranda May was born in Bowling Green, Ohio in April 1996. She made her acting debut in the 2007 film The Heartbreak Kid. May had a recurring role as Lacey on the television series Liv and Maddie in 2015. That same year she began starring as Lou Hockhauser on the TV series Bunk'd. Miranda May has also appeared in the movie Lower Learning and in the shorts The Perfect Gentleman, Dog Gone Missing, and Scream. She has appeared in episodes of the TV series Tim and Eric Awesome Show, Great Job!, Samantha Who?, Disney Monstober, Just Roll with It, and Raven's Home. In 2018 Miranda May won a Young Entertainer Award for Best Young Ensemble – Television Series for Bunk'd. She also directed an episode of the series in 2020. 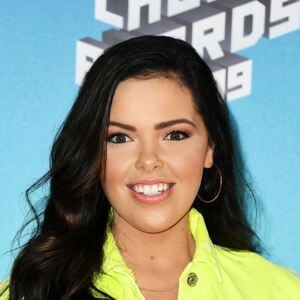