Early Life: Miranda Taylor Cosgrove was born on May 14th of 1993 in Los Angeles, California. Born to working-class parents, she first began her foray into the world of acting at the age of three. Spotted by a talent agent as a toddler, Cosgrove soon found herself auditioning for various roles.

Career: Soon after linking up with her agent, Cosgrove started booking commercial roles for brands like McDonald's and Mello Yello. She also found success as a model. Cosgrove soon became passionate about acting and expanded to auditions for theater, film, and television roles.

Although you might have missed her, Miranda Cosgrove's first role was in the pilot of Smallville. She voiced the young version of Lana Lang. Cosgrove then broke through with a starring role in the well-received comedy School of Rock. The film received positive reviews and generated more than $131 million at the box office. Cosgrove was also singled out for praise by critics.

She followed up in 2004 by establishing her presence with Nickelodeon after landing an important role in the series Drake & Josh. Over the next period, she made guest appearances in shows like What's New, Scooby-Doo?, Lilo & Stitch: The Series and Grounded for Life. In terms of film, she continued her voice acting career with a role in the animated Cartoon Network film Here Comes Peter Cottontail: The Movie. She also booked major roles in films such as Yours, Mine & Ours and Keeping Up with the Steins, although both failed to perform well at the box office.

After appearing in the film The Wild Stallion, Miranda Cosgrove returned to Nickelodeon with several TV guest appearances in shows like Zoey 101. However, Cosgrove was soon given her own show on the network called iCarly. Debuting in 2007, iCarly proved popular and helped Cosgrove's career significantly. By 2008, it was the highest-rated show among viewers between the ages of 9 and 14.

iCarly also helped start Cosgrove's musical career, and her first single was the theme song for the show. Later, she contributed to the iCarly Soundtrack with four songs. After releasing a Christmas song in 2008, she followed up with the extended play About You Now. She then contributed one single to the soundtrack of Cloudy with a Chance of Meatballs. In 2010, she finally released her debut solo album, Sparks Fly. She also continued her acting career, voicing the character of Margot in the Despicable Me film franchise.

In 2011, she released the EP High Maintenance, which contained the track "Dancing Crazy." The track charted well, and Cosgrove subsequently embarked on a tour. However, later that year she was injured in a car accident, breaking her ankle and forcing her to cancel future tour dates. In 2012, Cosgrove participated in the series finale of iCarly. In 2015, she joined the cast of the animated film A Mouse Tale as a voice actor. That year, she also booked a role in the horror film Intruders. 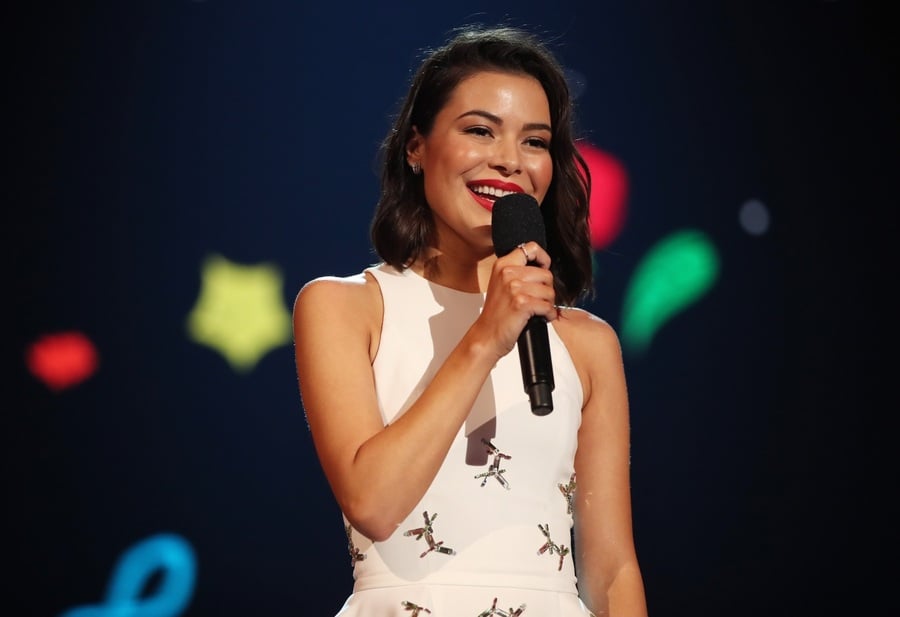 Legal Issues: In 2014, it was reported that Miranda Cosgrove had filed a restraining order against an obsessive fan. According to reports, the fan had been keeping a close eye on social media posts in order to follow Cosgrove wherever she went. The fan, named Joshua Stockton, also tracked her down at USC after learning that she studied there.

In addition, the enamored fan sent her gifts – which she promptly returned unopened. Things reached a fever pitch when Stockton sent Cosgrove images of his self-mutilated arms, threatening to kill himself. The judge ruled in Cosgrove's favor, granting her the restraining order.

Also in 2014, Miranda Cosgrove filed a lawsuit against a number of parties involved in a car crash that she claimed left her permanently disabled. The crash occurred in 2011, and Cosgrove alleges that the driver was not paying proper attention when he struck a disabled tractor-trailer, leaving her "disfigured and disabled." The incident left Cosgrove in a wheelchair for months, inhibiting her ability to work. To make matters worse, the actress was slated for a number of high-profile jobs that would have significantly advanced her career.

By Cosgrove's account, she was forced to cancel 25 concerts that would have resulted in earnings of over $400,000. In addition, Sony ended its contract with the star, preventing her from earning over $560,000 in future jobs and albums. Cosgrove also cited a lucrative contract with Neutrogena that she was forced to give up after the crash. If she had been able to complete the contract, she would have earned another $400,000.

All in all, Cosgrove claimed that the accident caused her to lose over $2.5 million. Although this might sound like a large sum for a car accident, one must remember that Cosgrove earns her living in part through her physical appearance and her ability to act and remain mobile. With this in mind, it should come as no surprise that Cosgrove has stated that the crash "ruined her career."

Real Estate: In 2012, it was reported that Miranda Cosgrove had purchased a property in Los Angeles for $2.65 million. At just 19 years of age, Cosgrove had snatched up a prime piece of real estate with 3,000 square feet of living space. The property, constructed in 1952, also features a pool and plenty of updated renovations.

Salary: Miranda Cosgrove earned a hefty salary while working on iCarly. Although her payment per episode fluctuated over the years, at one point she was earning a staggering fee of $180,000 per episode. This made her one of the highest-earning child actresses on the planet, and in 2012 she was named the highest-paid child actor in the Guinness Book of World Records. 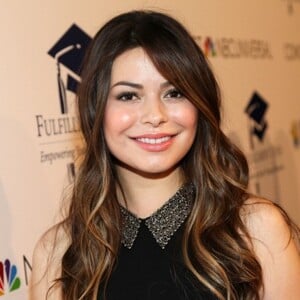