Mira Furlan Net Worth: Mira Furlan was a Croatian actress and musician who had a net worth of $3 million at the time of her death. To western audiences she was perhaps best-known for her work on television shows like "Babylon 5" and "Lost". Mira died on January 20, 2021 at the age of 65.

Mira Furlan was born in Zagreb, PR Croatia, FPR Yugoslavia, in 1955. Furlan studied at Zagreb's Academy for Dramatic Arts. She performed with the Croatian National Theatre during her early performing career. She made her on-screen debut during the mid-'70s, appearing in the TV movie "Knez" as Suputnica. She appeared in several more TV movies before landing the part of Kate on the series "Velo misto" from 1980 until 1981. Furlan appeared in several episodes of "Nepokoreni grad", "Kiklop", "Putovanje u Vucjak", "Vuk Karadzic", "Smogovci", "Drugarica ministarka", "Sarajevske price", "Bolji zivot", "Spider-Man", and "Stahlkammer Zurich". In 1994, she landed the part of Delenn on the hit series "Babylon 5". Furlan appeared in more than 100 episodes of the show between 1994 and 1998. She also starred as Danielle Rousseau on the popular series "Lost". Her film credits include 1985's "When Father Was Away On Business", 1986's "The Beauty of Vice", 2008's "The Tour", 2010's "Cirkus Columbia", and 2013's "Twice Born". Furlan is married to her husband, director Goran Gajic, and they have one child together who was born in the late '90s. The couple fled the former Yugoslavia in 1991 to break free from the warfare in Furlan's native country. 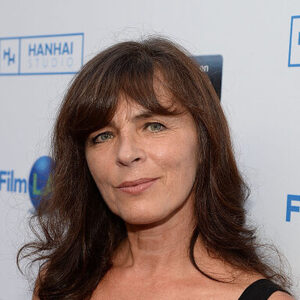