What is Minnie Driver's Net Worth and Salary?

Minnie Driver is an English actress and singer/songwriter who has a net worth of $14 million. Driver is known for her accomplishments in the music industry and in Hollywood. She has appeared in a number of films and television series, although she is probably best known for her role as Skylar in "Good Will Hunting." Minnie was nominated for a number of awards for her performance in this film, including an Academy Award and a Screen Actors Guild Award.

In terms of her television roles, Driver is perhaps best known for starring in the series "The Riches" along with Eddie Izzard. This role also earned Minnie an Emmy Award nomination. In addition, Driver regularly appeared in sitcoms such as "Speechless," "About a Boy," and "Will & Grace." Even before Driver had made a name for herself in Hollywood, she was establishing herself as a talented musical artist. Over the course of her career, she has released three solo albums. In addition, Minnie is a talented voice actor who has gained credits in a number of animated projects and video games.

Amelia Fiona J. Driver was born on January 31st of 1970 in Marylebone, England. She was given the nickname "Minnie" by her older sister, and she watched her parents separate when she was six years old. Eventually, Minnie was sent to boarding school and spent her school holidays in Barbados. After graduating from secondary school, Driver attended the Webber Douglas Academy of Dramatic Art and Collingham College.

In 1991, Minnie booked her first acting role in a deodorant commercial. That year, she also appeared in stage productions and began performing as a jazz vocalist and guitarist. Throughout this period, Driver booked small roles in television series such as "Casualty," "The House of Eliott," and "Peak Practice." A more central role came in 1995 when she booked the lead in the film "Circle of Friends." That year, she also booked a supporting role in the James Bond film "Goldeneye."

Over the next few years, Driver appeared in films like "Sleepers," "Big Night," and "Grosse Pointe Blank." In 1997, she booked a major role in the film "Good Will Hunting." The film received excellent reviews, and Minnie was singled out for praise. In recognition of her performance, Driver was honored with an Academy Award nomination for Best Supporting Actress and a Screen Actors Guild Award. Next year, Minnie starred in "The Governess," a film by Sandra Goldbacher. She then followed up with a co-starring role in "Hard Rain" alongside Morgan Freeman. During this period, Driver also established herself as a talented voice actor with roles in Disney's "Tarzan" and the English dub of "Princess Mononoke." 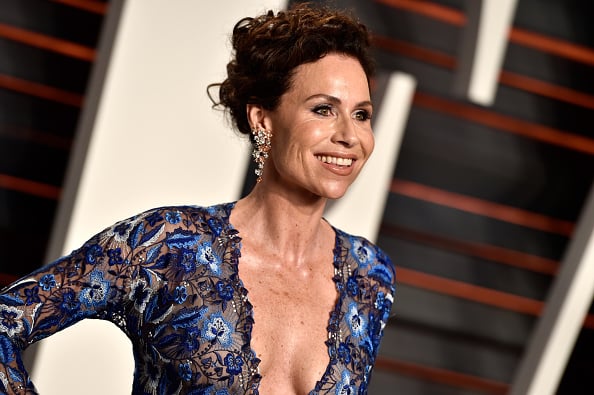 In the early 2000s, Driver was perhaps best known for her role in the well-known series "Will & Grace," playing the character of Lorraine Finster. In 2007, Minnie returned to television work with a role in "The Riches." During her time on this show, she was nominated for Golden Globes and an Emmy Award. Towards the 2010s, Driver appeared in series like "Modern Family" and "Deep." She also starred in films such as "Barney's Version." Minnie landed the lead role in the sitcom "Speechless," which ran for three seasons – starting in 2019.

In terms of music, Driver's first major work was back in 1994, when she collaborated with the group Bomb the Bass for their album "Clear." She then joined the Milo Roth Band and signed a record contract at the age of 19. After signing another contract in 2001 with EMI Rounder Records, she released the album "Everything I've Got in My Pocket," which charted well.

During her time as an actress in "The Phantom of the Opera," Driver performed the song "Learn to be Lovely." Driver's second album, "Seastories," was released in 2007. Her third album was released in 2014, and it was entitled "Ask Me to Dance." Over the course of her music career, Minnie has collaborated with artists like Margaret Preece, Ryan Adams, Elliott Smith, and Neil Young.

Although Driver was briefly engaged to Josh Brolin, the couple eventually separated without ever getting married. In 2008, Minnie gave birth to a son. The father was a television writer and producer named Timothy J. Lea, with whom she had a brief relationship. Since 2019, Driver has been in a relationship with a filmmaker named Addison O'Dea.

In 2014, Minnie Driver purchased a home in Hollywood Hills worth $2.465 million. The 2,768-square-foot home features three bedrooms and sits behind a walled and gated perimeter. When Driver purchased the home, it had just been freshly renovated with large, multi-paned windows and wooden floors. Other features include a wood-burning fireplace and French doors. Outside, Minnie's home is complete with a gazebo, a lagoon-style pool, and a raised spa. Minnie listed this home for sale in April 2022 for $3.6 million. The buyer was actress Emma Roberts.

According to real estate records, Driver also owns a separate 3,000-square-foot home in Hollywood Hills, having first purchased this home back in 1998 for $775,000.

Many fans were surprised to learn that Minnie has another home in a trailer park in Malibu. Of course, this particular trailer park is apparently very affluent and is home to a number of other celebs. Driver owns a double-wide unit in this "tight-knit" community, and she loves to escape to this location whenever she wants to surf, ride bikes, and skateboard with her family. After acquiring this unit, Minnie quickly set to work on renovating the home, selecting new wood floors, kitchen cabinets, and a fresh coating of paint. With these additions, the trailer now resembles a chic California beach bungalow rather than a typical trailer. 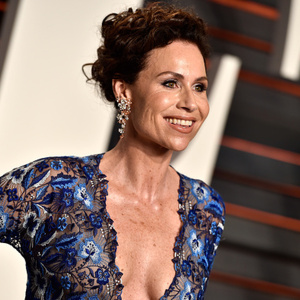