Ming Na Wen net worth: Ming Na Wen is an American actress who has a net worth of $5 million dollars. Ming Na Wen was born in Coloane, Macau, and moved to New York when she was a child. She grew up in Pittsburgh, Pennsylvania. She went on to graduate from Carnegie Mellon with a degree in Drama.

She began her professional acting career with a role on the popular soap opera, "As the World Turns". After four seasons on the soap, she began going back and forth between film and television work. She has appeared in such film projects as, "Rain Without Thunder", "The Joy Luck Club", "Street Fighter", "Mulan" (voice of Mulan), "Prom Night", and "Push". She has played supporting, recurring, and starring roles on such television shows as "ER", "The Single Guy", "Law & Order: Special Victims Unit", "Inconceivable", "George Lopez", "Two and a Half Men", "Boston Legal", "Private Practice", "Stargate Universe", and "Eureka". She is currently starring on "Marvel's Agents of S.H.I.E.L.D". 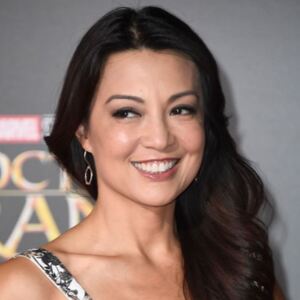