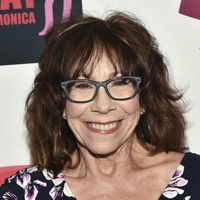 Mindy Sterling net worth: Mindy Sterling is an American actress who has a net worth of $4 million dollars. Mindy Sterling is most famous for her work in the Austin Powers movies The Spy Who Shagged Me, Austin Powers in Goldmember and International Man of Mystery. Sterling has worked steadily since starting her acting career in 1973 on the kiddie show Dusty's Treehouse but the Austin Power's movies in the late 1990s made her famous. Among the other movies she has appeared in are How the Grinch Stole Christmas, Totally Blonde and The Sky is Falling. She has done well in television, including the two teen series A.N.T. Farm for the Disney Channel and iCarly, and Desperate Housewives. She is well known on game shows like Hollywood Squares and Pyramid. She has been a long-term member of the Los Angeles comedy group The Groundlings. Sterling is in demand as a voice over artist, appearing in the hits Chowder and The Legend of Korra, as well as myriad guest appearances on The Wild Thornberrys, Ice Age: The Meltdown, Higglytown Heroes, Robot Chicken and The Looney Tunes Show. Determined from age 13 to get into show business, she credits her father, comedian Dick Sterling, a partner of standup comic Shecky Greene. She was born in Patterson, New Jersey in 1953. She and husband Brian Gadson have one child. She remains free of cancer after treatment for breast cancer in 1998.