Mindy Kaling Net Worth and Salary: Mindy Kaling is an American actress, writer, and comedian who has a net worth of $35 million. Although Kaling initially became famous after appearing on the American sitcom The Office, she later established herself as a force to be reckoned with in the comedy world. Outside of television, Kaling has also appeared in various films. In addition, she has experienced success as a voice actor and as a stand-up comedian.

Early Life: Mindy Kaling's real name is Vera Mindy Chokalingam. She was born on June 24th of 1979 in Cambridge, Massachusetts. Raised alongside one sibling in a middle-class household by Indian-born parents, she adopted the first name of "Mindy" from birth. After graduating from a private school in 1997, she attended Dartmouth College and joined a student-organized comedy troupe. She eventually graduated from Dartmouth in 2001 with a bachelor's degree in playwriting.

Career: After college, Kaling moved to Brooklyn, New York, where she briefly worked as a production assistant. During this time, she also started doing stand-up comedy and developed the stage name "Kaling" after she noticed that people would frequently mispronounce her last name. Her big break came in 2002 when she starred in the off-Broadway production Matt & Ben, which critics calling the show a "surprise hit." Kaling also co-wrote the play.

When The Office was adapted from the British sitcom into an American version in 2004, Kaling was hired as a writer. She also appeared on the show as Kelly Kapoor. Kaling stayed with the show until the 9th season, and she eventually became an executive producer. She followed up with The Mindy Project, a comedy series that aired in 2012. After being picked up by Hulu after an initial cancelation by Fox, the show ultimately wrapped up in 2017.

Outside of these projects, Mindy Kaling has appeared on shows like Curb Your Enthusiasm, Saturday Night Live, and Champions. In terms of film, Kaling has booked roles in movies like 40-Year-Old Virgin, Night at the Museum, Wreck-It-Ralph, Inside Out, A Wrinkle In Time, and Ocean's 8. 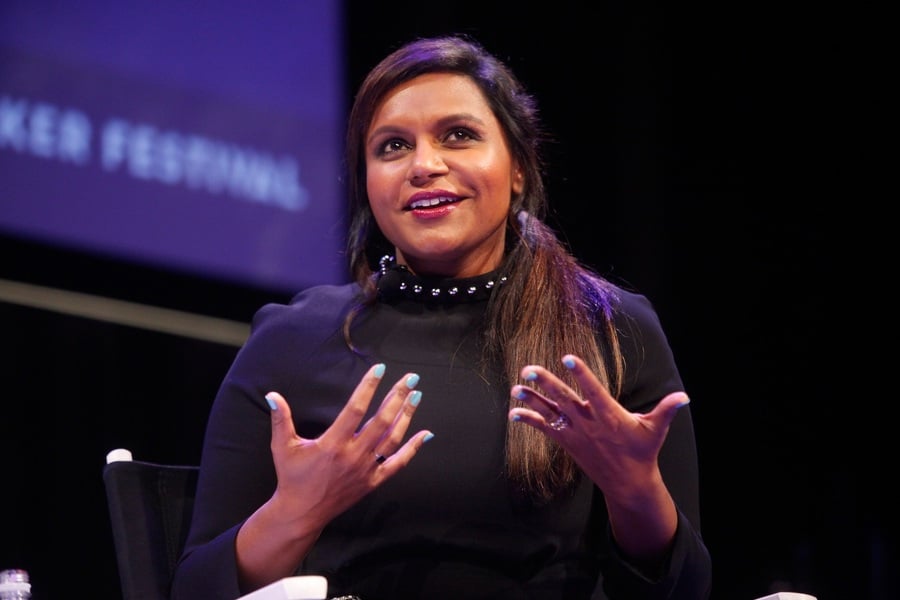 Relationships: While working on The Office, Mindy Kaling started a relationship with B.J. Novak. They dated intermittently throughout several years, sometimes ironically reflecting the characters on The Office that the two actors played. In 2017, Kaling gave birth to her first child. Although she has never revealed the true identity of the father, she named B.J Novak as the child's godfather.

Awards And Honors: Mindy Kaling has won several awards over the course of her career, including a number of awards, including a Satellite Award, two Screen Actors Guild Awards, and a Reader's Choice Award for her book, Why Not Me? In addition, she has been nominated for numerous Emmys over the years. In 2012, Time magazine included Mindy Kaling in their list of 100 Most Influential People. In 2014, Glamour magazine named Kaling as one of their Women of the Year.

Real Estate: In 2007, Mindy Kaling purchased a Spanish bungalow in Los Angeles for $1.575 million. The 2,674-square-foot home was later listed by Kaling in 2018 for $2.195 million before she lowered the price to $1.995 million and finally sold the property. In 2016, she had already moved on to another, larger Los Angeles home which she purchased for $6.5 million. The 5,000-square foot property features an expansive yard with a pool and poolhouse.

After a Malibu house once owned by Frank Sinatra went on sale for $12.9 million, the price eventually fell to $11.5 million. In 2020, Mindy Kaling came in with an offer of $9.55 million for the property and acquired it for well below the asking price. The Sinatras has previously purchased the home for $3 million in 1990. The extravagant, 5,800-square-foot home features many amenities, including a pool, spa, and elevator. 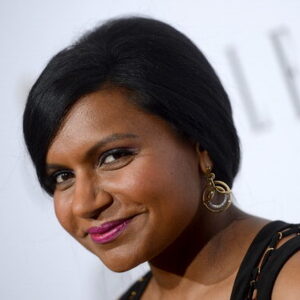