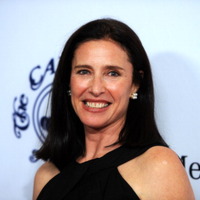 What is Mimi Rogers' Net Worth?

Mimi Rogers is an American actress, producer and professional poker player who has a net worth of $10 million. Mimi Rogers is also notable for being the former wife of fellow actor Tom Cruise. They were married from 1987 to 1990 and she introduced him to Scientology.

Outside of her marriage to Cruise, Mimi is known for her performances in such films as "The Rapture," "Gung Ho," "Someone to Watch Over Me," and "Ginger Snaps." She has also appeared on a number of television series, including "The Loop," "The X-Files," "Wilfred," and "Bosch." Beyond acting, Rogers has been involved in competitive poker, and sits on the board of directors of the World Poker Tour.

Mimi Rogers was born on January 27, 1956 in Coral Gables, Florida to Kathy and Philip. Her Jewish father became involved in Scientology before she was born, making the doctrine a signifiant part of her upbringing. With her family, Rogers lived in numerous places around the world, including Arizona, Michigan, and England. Eventually, the family settled in Los Angeles, California.

Rogers began her professional life working in a hospital near Palo Alto; she later worked as a part-time social worker counseling those with substance-abuse issues. Eventually, Rogers decided to pursue an acting career, and moved back to Los Angeles. She had her first major acting role in two episodes of "Hill Street Blues" in 1981. The same year, she appeared in two episodes of "Quincy, M.E." Following this, Rogers was in an episode of "Magnum, P.I.," and also appeared in the television films "Divorce Wars: A Love Story" and "Hear No Evil."

On the big screen, Rogers made her debut in the 1983 sports comedy "Blue Skies Again." Her next film role was in Ron Howard's 1986 comedy "Gung Ho." Rogers had her breakthrough on the big screen in 1987, when she starred opposite Tom Berenger in Ridley Scott's romantic crime thriller "Someone to Watch Over Me." That same year, she appeared in another crime thriller, "Street Smart." Rogers was subsequently in "The Mighty Quinn," "The Palermo Connection," and "Desperate Hours," a remake of the 1955 crime film. In 1991, she had one of the most successful years of her career. In addition to appearing in Oliver Stone's biographical musical "The Doors," Rogers starred in Michael Tolkin's "The Rapture," earning her glowing reviews. For her performance as a swinger-turned-born-again Christian, she received an Independent Spirit Award nomination for Best Female Lead. Moreover, critic Robin Wood called Rogers' performance one of the greatest in Hollywood history.

Following her huge success with "The Rapture," Rogers was in such films as "White Sands," "Dark Horse," "Monkey Trouble," "Bulletproof Heart," "Reflections on a Crime," "Trees Lounge," and "The Mirror Has Two Faces." In 1997, she played Mrs. Marie Kensington in "Austin Powers: International Man of Mystery," and the next year played Dr. Maureen Robinson in the film adaptation of "Lost in Space." Rogers began the new millennium with a role in the supernatural horror film "Ginger Snaps." She went on to appear in "Dumb and Dumber: When Harry Met Lloyd"; "Seeing Other People"; "The Door in the Floor"; "Penny Dreadful"; "Big Nothing"; and "Frozen Kiss." Among Rogers' credits in the 2010s are "Abandoned"; "Lucky"; "For a Good Time, Call…"; "Hope Springs"; "Mall"; "The Surface"; "The Wedding Ringer"; "Captive"; and "Affairs of State." 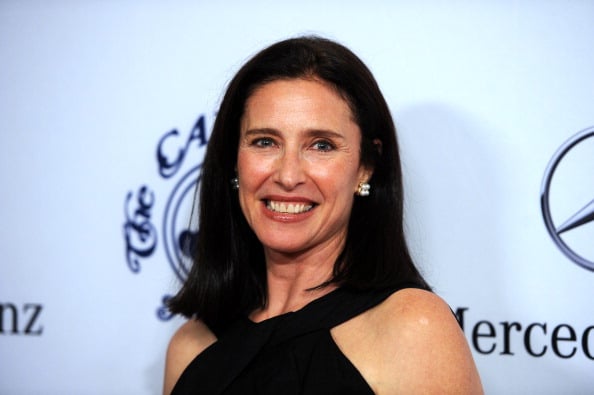 Rogers had her next main role on a series from 2000 to 2001, playing Hillary on the short-lived sitcom "The Geena Davis Show." Following this, she appeared in episodes of "Dawson's Creek," "Las Vegas," and "Hope & Faith." From 2006 to 2007, Rogers had a main role on the short-lived sitcom "The Loop." She was subsequently in an episode of the sitcom "My Boys," and lent her voice to the animated sitcoms "King of the Hill" and "Neighbors from Hell." Between 2011 and 2015, Rogers had a recurring role as Robin Schmidt on the sitcom "Two and a Half Men." During this time, she also had recurring roles on "Wilfred" and "Cleaners." Rogers began another recurring role in 2014 on the police procedural series "Bosch"; after the first six seasons, she became part of the main cast in 2021. Among her other credits, Rogers has made guest appearances on such shows as "Mad Men," "Blue Bloods," and "How to Get Away with Murder."

Having been into poker in her adolescence, Rogers began playing competitively in 2003. In her first major tournament in the World Poker Tour's 240-player Shooting Stars' main event in 2004, she finished in the money. She finished in the money again in 2006 in the Ladies' No-Limit Hold 'em event. Rogers sits on the board of directors of the World Poker Tour.

In 1976, Rogers married her first husband, James; they divorced in 1980. Following this, she dated actor Emilio Estevez. In 1987, Rogers wed actor Tom Cruise, who she introduced to Scientology. The couple eventually divorced in 1990. That year, Rogers began dating producer Chris Ciaffa; they had a daughter named Lucy and a son named Charlie over the next decade, and finally married in 2003.