What is Milo Ventimiglia's Net Worth and Salary?

Milo Ventimiglia is an actor, director and producer who has a net worth of $12 million. Milo Ventimiglia is  best known for his roles on the television series "Gilmore Girls," "American Dreams," "Heroes," and "This is Us." He also had main roles on the short-lived shows "Opposite Sex," "The Bedford Diaries," "Mob City," "Chosen," and "The Whispers." On the big screen, Ventimiglia has appeared in films including "Rocky Balboa," "That's My Boy," "Kiss of the Damned," "Grace of Monaco," and "The Art of Racing in the Rain."

Milo Ventimiglia was born on July 8, 1977 in Anaheim, California as the youngest child of Carol and Vietnam War veteran Peter. He was born with damaged facial nerves that have caused the left side of his mouth to remain immobilized. Ventimiglia is of Italian, Scottish, and English descent, and has two sisters named Laurel and Leslie. As a teen, he went to El Modena High School in Orange; there, he was involved in a number of extracurricular activities, including wrestling, serving as student governor president, and acting in drama productions. Following his graduation in 1995, Ventimiglia enrolled in a summer program at the American Conservatory Theater. He then studied theatre at UCLA.

In 1995, Ventimiglia made his debut on television in an episode of "The Fresh Prince of Bel-Air." The next year, he was in episodes of "Sabrina, the Teenage Witch" and "Saved by the Bell: The New Class." He subsequently had his first starring role in the short film "Must Be the Music," in which he played a gay teenager.

In the latter half of the 90s, Ventimiglia appeared in episodes of such shows as "EZ Streets," "Brooklyn South," "Kelly Kelly," "One World," and "Promised Land." He landed his biggest role yet in 2000, when he was cast in the main role of Jed Perry on the Fox teen drama "Opposite Sex." However, the show was canceled after eight episodes. Ventimiglia had greater success with his next role as sulky teen Jess Mariano on the series "Gilmore Girls," a part he played from 2001 to 2006. He followed this with a recurring role in the third and final season of "American Dreams," playing rebellious boyfriend Chris Pierce. Next, Ventimiglia starred on the short-lived series "The Bedford Diaries," which ran for eight episodes in 2006.

Ventimiglia had his next big role from 2006 to 2010, starring as superhero Peter Petrelli on the drama "Heroes." Following this, he appeared in episodes of "Suite 7," "The Temp Life," and the animated series "Wolverine." In 2013, Ventimiglia had main roles on two short-lived series: the TNT crime drama "Mob City" and the Crackle streaming thriller "Chosen." Two years later, he had another main role on the short-lived ABC science-fiction drama "The Whispers," and also appeared in episodes of "Gotham" and "The League." Ventimiglia landed his most acclaimed role yet in 2016, when he began starring opposite Mandy Moore on the NBC drama "This is Us." For his performance as middle-class family patriarch Jack Pearson, the actor has received multiple Emmy Award nominations. 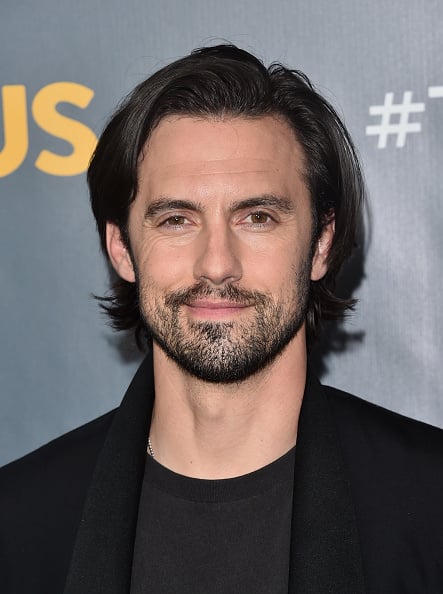 In 1999, Ventimiglia made his feature film debut in the teen romantic comedy "She's All That," starring Freddie Prinze Jr. and Rachael Leigh Cook. The same year, he had a part in the crime drama "Speedway Junky." Later, in 2003, Ventimiglia appeared in "Winter Break." His subsequent credits were the comedy "Dirty Deeds," the horror films "Cursed" and "Stay Alive," and the sports drama "Rocky Balboa," in which he played the son of Sylvester Stallone's titular pugilist. In 2008, Ventimiglia had a notable starring role as Dr. Teddy Grey in the horror crime film "Pathology." The next year, he had memorable parts in the action films "Gamer" and "Armored."

Ventimiglia began the 2010s with roles in "Order of Chaos," "The Divide," and the comedy "That's My Boy," starring Adam Sandler and Andy Samberg. He then had starring roles in the horror films "Static" and "Kiss of the Damned." Following this, Ventimiglia appeared in the comedy sequel "Grown Ups 2," the action thriller "Killing Season," and the biographical drama "Grace of Monaco." He subsequently had a string of starring roles in the films "Tell," "Walter," "Wild Card," and "Madtown." Ventimiglia's other notable credits have included the supernatural horror film "Devil's Gate," the romantic comedy "Second Act," and the literary adaptation "The Art of Racing in the Rain," based on the Garth Stein novel. He also reprised his role as Rocky Balboa Jr. in the spinoff sequel "Creed II."

Behind the camera, Ventimiglia directed and produced the 2007 web miniseries "It's a Mall World," which was part of an American Eagle Outfitters marketing campaign. He has also directed episodes of "Suite 7" and "This is Us," and has served as an executive producer on the shows "The PET Squad Files" and "Chosen."

From 2003 to 2006, Ventimiglia dated his "Gilmore Girls" costar Alexis Bledel. Afterward, he was in a relationship with his "Heroes" costar Hayden Panettiere from late 2007 to early 2009.

Raised as a lacto-vegetarian with his two sisters, Ventimiglia has maintained his diet into adulthood. As a result, he was named Sexiest Vegetarian by People for the Ethical Treatment of Animals in 2009. Additionally, Ventimiglia abstains from both smoking and alcohol consumption. 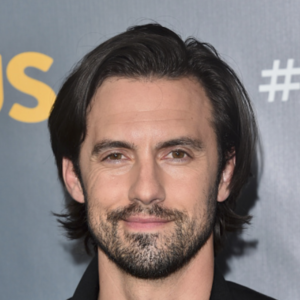