What is Milla Jovovich's Net Worth and Salary?

Milla Jovovich is a Ukrainian-born American actress, model, singer, and fashion designer who has a net worth of $80 million. Milla Jovovich is probably best known for her action heroine roles in the Resident Evil movies and other sci-fi films. Outside of acting, Milla Jovovich is an established musician. She also owns her own production company and enjoys an incredibly successful modeling career.

Milica Bogdanovna Jovovich was born on December 17th of 1975 in Kiev, Ukraine. Born into the Soviet Union, Milica was raised mostly in Moscow, admitting later that she was born in Ukraine by a mere coincidence. Her mother was a Soviet Russian actress, and her father was a doctor. When Milla was just five years old, her family emigrated to London, England.

Next, the family relocated to California, eventually settling in Los Angeles. Eventually, her parents divorced. Although her mother tried to continue her acting career in Los Angeles, the language barrier proved to be too difficult to overcome. Money was an issue for the family after moving to the United States, and eventually, both parents took jobs as cleaners and cooks. Eventually, her father was imprisoned for participating in the largest health insurance fraud in American history. He was given twenty years, although he only served 5.

Milla Jovovic was adjusting well to her new surroundings during this time, although she was teased at school for being Russian. She eventually became fluent in English in just three months. Milla left school at age 12 to focus on modeling, a pursuit she had begun 3 years prior. Although Jovovic admitted to committing petty crimes like vandalism, credit card fraud, and drug use during her teen years, she was committed to becoming a successful model or actress and had her mother's full support.

While other children were attending high school, Milla was attending schools for young actors. At age 13, she made her first film appearance with Two Moon Junction. After appearing in a range of television series, Milla booked major roles in films such as Return to the Blue Lagoon and Dazed and Confused despite still being a relatively young teen. Her big break came in 1997 when she booked a leading role in the cult favorite sci-fi movie The Fifth Element, a film that grossed over $263 million. Further roles came with He Got Game, The Messenger: The Story of Joan of Arc, and Zoolander.

In 2002, Milla Jovovich's career took another leap forward when she booked the leading role in the film Resident Evil. Adapted from a successful video game franchise, the film performed equally well at the box office with earnings of over $100 million. In total, Jovovich starred in six Resident Evil movies, and the franchise has collectively earned over $1.2 billion at the box office. In spite of consistently negative reviews from critics, this makes the Resident Evil movies the highest-grossing franchise ever to be adapted from a video game series.

Outside of the Resident Evil franchise, Jovovich is also known for appearing in films like The Fourth Kind, The Three Muskateers, Zoolander 2, Future World, Paradise Hills, and the Hellboy reboot in 2019. 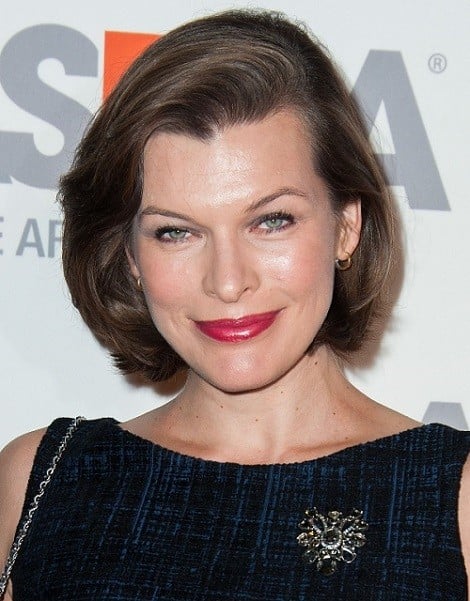 Milla Jovovich signed a record deal in 1988 when she was just 13. Her first studio album, The Divine Comedy, came in 1994. This album featured her own compositions, acoustic guitar songs, and pop-infused traditional Ukrainian folk songs. The album was well-received by critics. She also formed an experimental band in 1999 called Plastic Has Memory. In addition to contributing songs to several of her films' soundtracks, Milla Jovovich has collaborated with artists such as The Crystal Method and Deepak Chopra.


Jovovich's work as a model was incredibly lucrative. At times during her modeling days she was the highest paid model in the world. For example, in 2004 she earned a bit a bit more than $10.5 million. Her early work as a young teen soon led to appearances on the covers of magazines like Cosmopolitan and Vogue. Some of her biggest projects have been with brands like Banana Republic, Christian Dior, Versace, and Giorgio Armani, to name but a few.

Although Jovovich has stated that modeling was "never a priority" for her, she is well respected in the industry by figures such as Miuccia Prada and Gianni Versace. She also collaborated with fellow model Carmen Hawk to create a successful fashion line, although the pair ended the business in 2008. 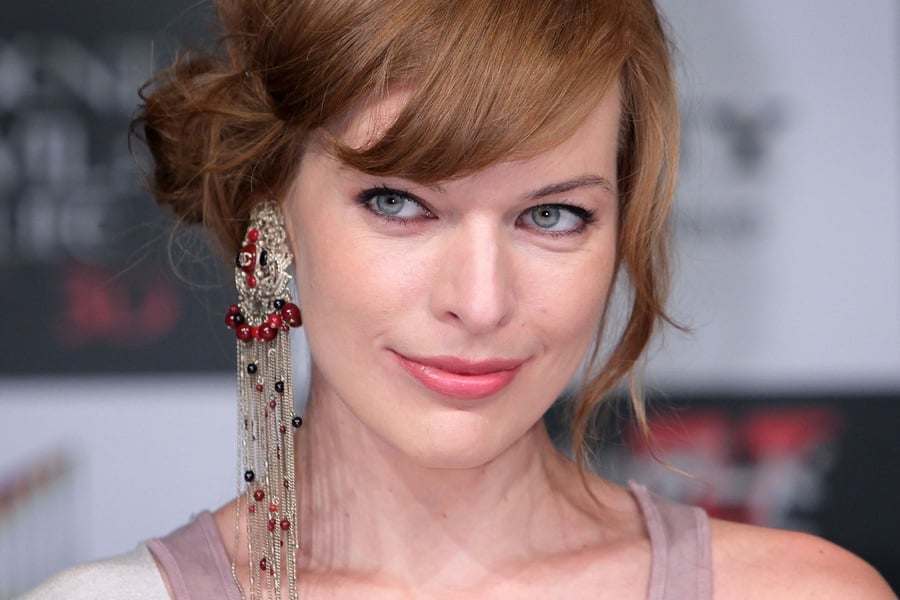 Although not religious, Jovovich has described herself as a spiritual person who prays, meditates, and practices yoga. She has also expressed her love for cannabis in the past and appeared in the magazine High Times. In addition, Jovovich is still very much in touch with her Russian roots, despite leaving Moscow at a young age. She has stated that she still speaks Russian, and that she reads stories to her children in her first language.

While filming Dazed and Confused, Milla Jovovich married co-star Shawn Andrews at the age of just 16. The marriage was annulled by her mother soon afterwards. After moving to Europe, she dated bassist Stuart Zender from 1994 to 1995. In 1997, she married Luc Besson, the director of The Fifth Element. The relationship lasted for two years before they divorced in 1999. In addition, she had been romantically involved with Red Hot Chili Peppers guitarist John Frusciante and the late poet and musician Anno Birkin.

In 2009, Jovovich married director and writer Paul W. S. Anderson after the pair met on the set of Resident Evil in 2002. Anderson originally proposed in 2003, and the couple remained engaged for years before welcoming their first child into the world in 2007. Another child came in 2015, and they welcomed a third child to their family in 2020. 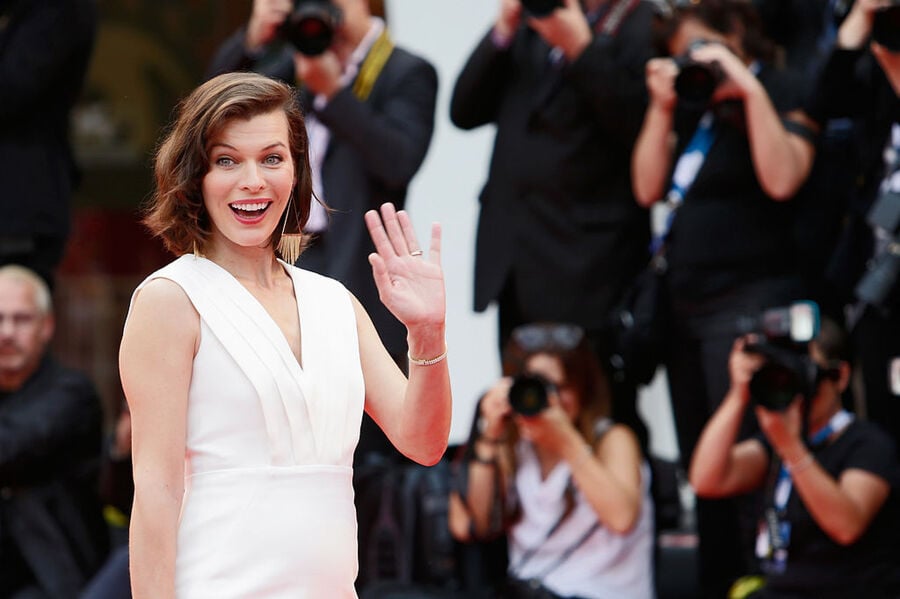 In 2016, Milla Jovovich and Paul W. S. Anderson purchased a property in Beverly Hills for around $3.922 million. It was immediately clear that this was an investment property, as the couple rented out the apartment for $20,000 per month soon after their purchase. In 2018, they listed the 2,400 square-foot, minimalist property for $4.5 million. They sold this property in late 2021 for $4.6 million.

In 2005, Jovovich and Anderson purchased a townhouse in New York's West Village for $6.375 million, again renting out the property soon after their acquisition. The four-floor West Village townhouse is 3,098 square feet with 4 bedrooms, and 3.5 bathrooms. The front door opens to a small foyer leading to a parlor. The garden floor features a dining room and gourmet kitchen, and opens into a landscaped garden area. The second floor has French doors that open to a large living room that hangs over the garden level below. The two floors are connected by a wrought iron staircase. The third floor is the master suite, featuring a large dressing area and walk-in closet, a wood burning fireplace complete with carved stone mantelpiece, and narrow French doors opening to a small terrace. The fourth floor has two small bedrooms overlooking the gardens, a large bedroom with a fireplace, and a hallway kitchenette. The rooftop deck features an outdoor shower. In 2013, they sold the spacious property for $6.7 million, earning a modest but significant profit.

In 2007, the couple upgraded to an extensive $8.5 million Mediterranean villa in Beverly Hills. The gargantuan 8,493-square-foot property sits alongside similar mansions owned by celebrity couples like John Legend and Chrissy Teigen. In April of 2022 Jovovich and Anderson listed this home for sale for $14 million. 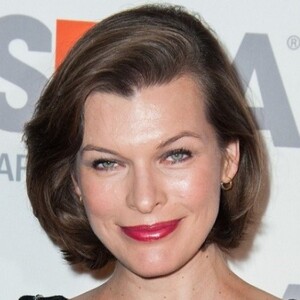