Miles O'Keeffe net worth: Miles O'Keeffe is an American actor who has a net worth of $4 million. Miles O'Keeffe was born in Ripley, Tennessee in June 1954. His big break came starring as Tarzan in the 1981 film Tarzan, the Ape Man. O'Keeffe went on to star in several other films including Ator, The Fighting Eagle, S.A.S. a San Salvador, The Blade Master, Sword of the Valiant: The Legend of Sir Gawain and the Green Knight, The Bengal Lancers!, Iron Warrior, Campus Max, Waxwork, The Drifter, Dead On: Relentless II, Zero Tolerance, and more. He also starred as Captain John Smith in the 1999 movie Pocahontas: The Legend. In 1982 he was nominated for a Razzie Award for Worst New Star for Tarzan, the Ape Man. O'Keeffe played football at Mississippi State University and the University of the South. He worked as a prison counselor and played semi-professional rugby. He was the target of prank calls by Graham Norton from 1999 to 2002. 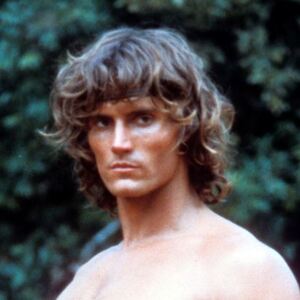