Milena Govich net worth: Milena Govich is an American actress, singer, dancer, and musician who has a net worth of $4 million. Milena Govich was born in Norman, Oklahoma in October 1976. She is best known for playing the role of Nina Cassady on the television series Law & Order.

Govich graduated valedictorian from her high school as well as from the University of Central Oklahoma. She has starred in a production of Cabaret on Broadway. In 2006 Govich starred as Jessica Rossi in the television series Conviction. From 2005 to 2007 she starred as Detective Nina Cassady in the series Law & Order. Govich starred as Candy in the series Rescue Me from 2005 to 2009. Since 2014 she has starred as Lori Stevens in the TV series Finding Carter. She has starred in the movies Sordid Things, A Novel Romance, Lucky N#mbr, and Pass the Light. Govich has also appeared in episodes of the TV series K-Ville, Psych, The Defenders, Body of Proof, Make It or Break It, and The Mentalist. She sang the national anthem at a New Jersey Devils game in 2008 and has appeared on tour with Chinese pop star Fei Xiang. 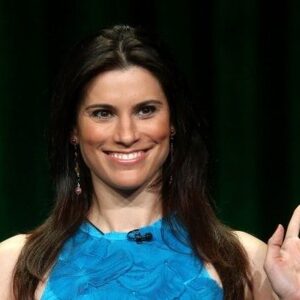