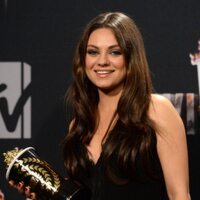 What is Mila Kunis' Net Worth and Salary?

Mila Kunis is a Ukrainian-born actress who has a net worth of $75 million. Although Kunis gained early notoriety for her central role in That 70s Show, she later branched out to become a successful film actress. In addition, Mila Kunis has become an established voice actor who is primarily known for providing the voice of "Meg" on the animated series Family Guy.

Mila Markovna Kunis was born on August 14th of 1983 in Chernivtsi, Ukraine (formerly part of the Soviet Union). She was raised alongside her brother in Ukraine until the age of seven, at which point her family decided to move to Los Angeles, California with $250 to their name. Although her family was not poor, that was the maximum amount of money they were allowed to take, and none of her parents' degrees and qualifications were transferable upon reaching the States.

The Jewish family moved away from the Soviet Union because of rising antisemitism and because of the lack of future opportunities for Mila and her brother. Kunis struggled to adjust in Elementary School, and she started appearing on That 70s Show very soon after she started high school. She was tutored on set most of the time in order to earn her GED.

Mila Kunis began acting at age 9 as part of an after school program. She was quickly noticed by a manager who started sending her out on auditions. She booked her very first audition for a Barbie commercial. Her first TV roles were on shows like Days of Our Lives, Baywatch, and 7th Heaven.

In 1998, Mila Kunis was cast as Jackie Burkhart in That 70s Show at the age of 14. The show would become one of the most popular shows on television, and it ran for eight seasons. As a 14-year-old, Kunis was playing an 18-year-old character. Still, the producers thought she was a perfect fit. She eventually won a number of awards for her performance on the show.

Just one year later, Kunis landed the role of "Meg" in Seth MacFarlane's animated comedy series Family Guy. She continues to voice the character, and Seth MacFarlane initially praised Kunis because of the fact that she naturally sounded like a real teen (being, in fact, a real teen). Meg is thoroughly despised by the other character on the show, and Kunis describes her character as a "scapegoat." 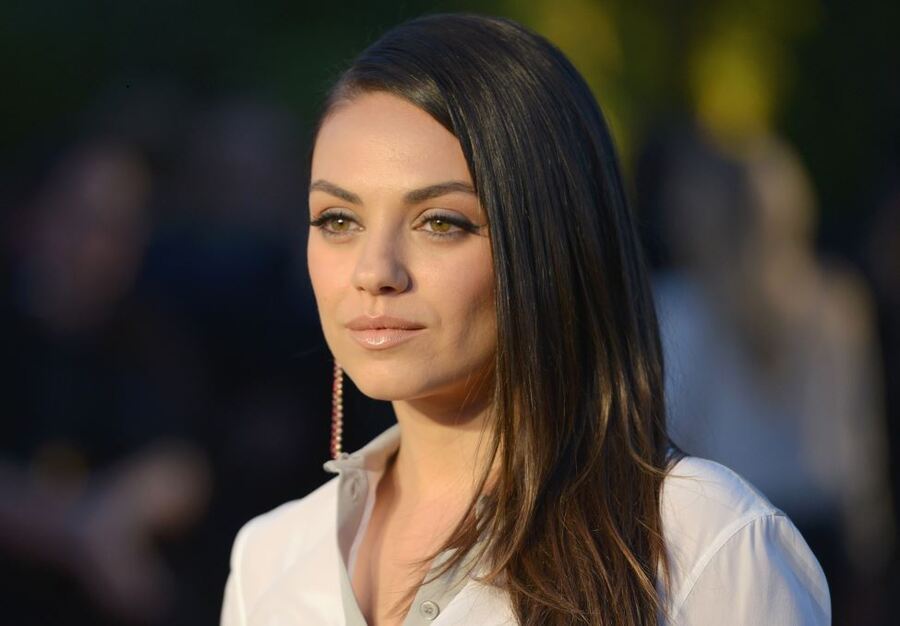 By 2001, Mila Kunis was making the jump from television to more prominent film roles. She started off with a role opposite Kirsten Dunst in Get Over It. She then appeared in less successful films such as American Psycho 2, Tony n' Tina's Wedding, and Moving McAllister. It wasn't until That 70s Show was wrapping up that Kunis showed her true potential as a film actress. Her breakthrough came in 2006 with a well-received role in Forgetting Sarah Marshall. The film was also a box office success, grossing over $105 million worldwide.

Her next film came in 2008 with Max Payne. The movie performed well at the box office but was steamrollered by critics. In 2009, she bounced back with a critically acclaimed role in Extract. In 2010, Kunis was starting to truly breakthrough as a Hollywood actress. A role in the box office hit The Book of Eli added to her star power. 2010 proved to be a busy year for Kunis, as she followed up with a supporting role in Date Night.

However, her most buzz-worthy role that year was in Black Swan. Mila Kunis starred alongside Natalie Portman in her most demanding role yet, both physically and mentally. Kunis' acting abilities were stretched to the limit, and she went through intensive physical training to prepare for her role as a professional ballet dancer. The film eventually won several awards and was nominated for five Academy Awards. In addition, Mila Kunis personally took home many awards as a result of her performance. Black Swan was also a commercial success, and it raked in $329 million worldwide.

She followed up in 2011 with Friends With Benefits, another box office hit. She starred alongside Justin Timberlake, and the film earned almost $150 million worldwide. However, the success of these films would be dwarfed by Kunis' next film: Ted. Director Seth MacFarlane cast Mila Kunis as the girlfriend of Mark Wahlberg's character, and the film generated an impressive $549 million at the box office. In 2013, she played Theodora the witch in Disney's Oz the Great and Powerful. This film would prove to be another massive box office hit, with earnings of over $493 million. That year, she also starred in the film Blood Ties, which premiered at Cannes. She finished off the year with Third Person, which premiered at the Toronto Film Festival.

In 2014, Mila Kunis co-founded a production company called Orchard Farm Productions. Next year, she participated in the ill-fated sci-fi movie Jupiter Ascending. Her next film, Bad Moms, was successful at the box office but proved to be a critical failure. The same scenario played out with the film's sequel, A Bad Moms Christmas. 2018 saw Kunis take a central role in The Spy Who Dumped Me, another box office hit with mixed reviews. In 2020, Kunis appeared in the film Four Good Days, which premiered at the Sundance Film Festival.

The principal Family Guy voice actors each earn $100,000 per episode. That works out to around $2 million per year, per actor. They can earn additional royalties from the sale of DVDs, merchandise and syndication deals. By comparison, the principal voice actors on The Simpsons each earn $300,000 per year but they negotiated a larger deal several years back after threatening to walk away forever.

Mila Kunis began a high-profile relationship with actor Macaulay Culkin in 2002. Throughout their relationship, the couple struggled to maintain their privacy amidst relentless media attention. In 2011, the couple split on good terms. In 2012, Mila Kunis began dating That 70s Show co-star Ashton Kutcher. They were married in 2015 and later had two children.

In June 2017 they paid $10 million for a beachfront home in Carpinteria, California, near Santa Barbara. The property is made up of two houses spread across a combined 3,100-square-feet of interior living space.

Their primary home is a 6-acre property in Beverly Hills that was photographed for Architectural Digest in August 2021.