Mike Vogel net worth: Mike Vogel is an American actor and model who has a net worth of $1 million dollars. Mike Vogel was born in Abington Township, Pennsylvania, and began going back and forth between New York and Pennsylvania for auditions when he was in his early 20s. He began his professional career as a model, appearing in ads for Levi's.

From there, he branched out into film and television work. He has since appeared in such projects as "Grounded for Life", "Grind", "Wuthering Heights", "The Texas Chainsaw Massacre", "The Sisterhood of the Traveling Pants", "Havoc", "Rumor Has It…", "Poseidon", "The Deaths of Ian Stone", "Cloverfield", "Empire State", "Revita Rossa", "Across the Hall""Open Graves", "Blue Valentine", "She's Out of My League", "Miami Medical", "The Help", "Pan Am", "Bates Motel", and "In My Dreams". He is currently appearing on the series, "Under the Dome". He lives in Texas with his wife and three children. 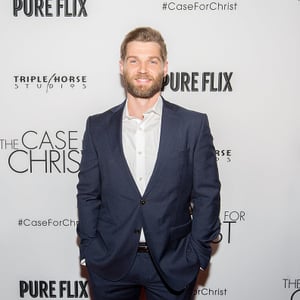