Mike Hosking net worth: Mike Hosking is a New Zealand television and radio journalist and presenter who has a net worth of $2 million. Mike Hosking was born in January 1965. Hosking is the weekly Breakfast host on the radio station Newstalk ZB and co-hosts Seven Sharp. He started off in radio and worked for the Radio New Zealand commercial network as a host of The Tonight Show.

Hosking would then go on to co-host Morning Report on National Radio. He joined TVNZ in 1997 but was fired in 2004. He returned to TV in 2008 as a fill in on TVNZ's Close Up program. Hosking hosted the New Zealand edition of Who Wants to Be a Millionaire? On TV ONE started in 2008. Mike married broadcaster Kate Hawkesby in 2009. Hosking denies climate change and served as master of ceremonies at Prime Minister John Key's state of the nation speech in 2003. 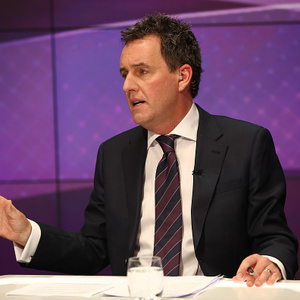