Mike Henry net worth and salary: Mike Henry is an American voice actor, writer, producer, and comedian who has a net worth of $12 million. Mike Henry was born in Pontiac, Michigan in November 1965. He has worked on the TV series Family Guy beginning in 1999 and is a writer and producer. Henry voices the roles of Cleveland Brown, Bruce, Herbert, and Consuela on the show as well. He co-created the television series The Cleveland Show and voices the roles of Cleveland Brown and Rallo Tubbs among others. Beginning in 2017 he has starred as Dann on the series The Orville. Mike Henry has also appeared in episodes of the TV series Kicked in the Nuts, Gilmore Girls, Robot Chicken, American Dad!, Scrubs, and more. He appeared in the movies Ted and A Million Ways to Die in the West. Henry has been nominated for two Primetime Emmy Awards for Family Guy and one for The Cleveland Show.

Mike Henry Family Guy Salary: The principal Family Guy voice actors each earn $100,000 per episode. That works out to around $2 million per year, per actor. They can earn additional royalties from the sale of DVDs, merchandise and syndication deals. By comparison, the principal voice actors on The Simpsons each earn $300,000 per year but they negotiated a larger deal several years back after threatening to walk away forever. 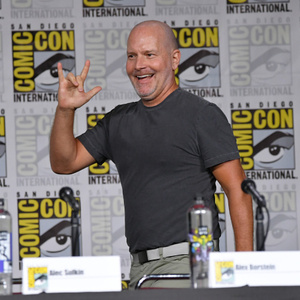