Mike Douglas net worth: Mike Douglas was an American singer, entertainer, actor, and television talk show host who had a net worth of $60 million at the time of his death in 2006. That's the same as around $77 million in today's dollars after adjusting for inflation. He was best known for hosting The Mike Douglas Show.

Mike Douglas was born in Chicago, Illinois in August 1920 and passed away in August 2006. He was known for being a popular singer in the Big Band era. Douglas was working as a nightclub singer by his teens. The Mike Douglas Show started in Cleveland in 1961 and the series aired until 1982 with more than 4,000 episodes. As an actor Douglas appeared in the films Gator, Nasty Habits, The Incredible Shrinking Woman, Birds or Prey, and more. He also appeared in episodes of the TV series The Love Boat, The Greatest American Hero, The Carol Burnett Show, and more. Douglas received a star on the Hollywood Walk of Fame for Television. In 1967 he won a Primetime Emmy Award for The Mike Douglas Show. Mike Douglas passed away on August 11, 2006 at 86 years old.

Real Estate: In 1985, Mike sold his longtime home in Beverly Hills for $6.5 million. That's the same as around $15 million in today's dollars. 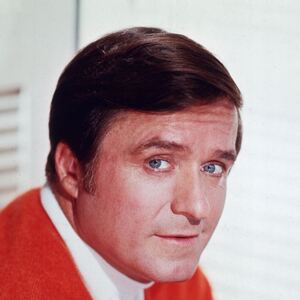