How much is Mike Colter Worth?

Mike Colter net worth: Mike Colter is an American actor who has a net worth of $2 million. Mike Colter was born in Columbia, South Carolina in August 1976. Colter earned his bachelor's degree in theater at the University of South Carolina and an MFA degree in acting from Rutgers University. His first roles came in episodes of the television series ER and The Parkers in 2002. From 2011 to 2012 Colter starred as Malcolm Ward in the TV series Ringer. In 2013 he had a recurring role as Nick Donovan in the series The Following. He also had a recurring role as Locke in series Halo: Nightfall in 2014. Since 2010 he has had a recurring role of Lemond Bishop in the TV series The Good Wife. He has also starred in the movies Million Dollar Baby, Brooklyn Lobster, And Then Came Love, Salt Men in Black 3, Zero Dark Thirty, and America Is Still the Place. Colter has also appeared in episodes of the TV series Law & Order: Special Victims Unit, Royal Pains, Blue Bloods, Criminal Minds, and American Horror Story: Coven. He is scheduled to star as Luke Cage in Marvel's A.K.A. Jessica Jones. 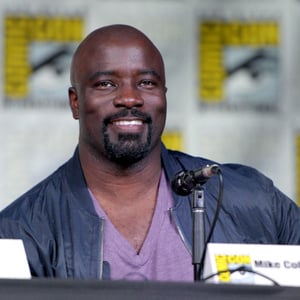