How much is Miguel Nunez Worth?

Miguel Nunez net worth: Miguel Nunez is an American actor who has a net worth of $500 thousand. Miguel Nunez was born in New York, New York and grew up in Wilson, North Carolina with his grandparents. He began his professional acting career in the mid-80s, appearing in the comedy, "National Lampoon's Joy of Sex". Since then, he has gone on to appear in a range of projects, appearing in guest starring, co-starring, and starring roles. Some of his television projects include, "Trapper John, M.D", "Amen", "Tour of Duty", "Rhythm & Blues", "Thea", "My Wildest Dreams", "The Faculty", "Sparks", "The Hughleys", "My Wife and Kids", and "Tarzan". He has appeared in such films as "Jumpin' Jack Flash", "Lethal Weapon 3", "Street Fighter", "Why Do Fools Fall In Love", and "Kickin' It Old Skool". He is most widely recognized for his starring role in the film, "Juwanna Man", and for his co-starring role on "Joey". 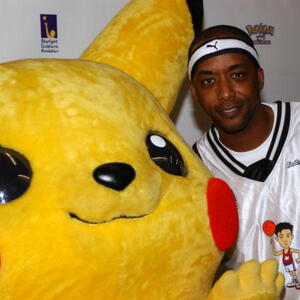