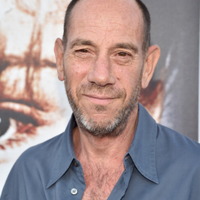 What is Miguel Ferrer's Net Worth?

Miguel Ferrer was an American actor and voice over artist who had a net worth of $4 million at the time of his death. Unfortunately, Miguel Ferrer died on January 19, 2017 at the age of 61 from throat cancer.

Miguel Ferrer was known for his roles in the films "RoboCop," "Blank Check," and "Traffic" and on the television series "Twin Peaks," "Crossing Jordan," and "NCIS: Los Angeles." On the small screen, he also had notable roles on such shows as "Shannon's Deal," "Broken Badges," "LateLine," and "The Protector." Additionally, Ferrer did a good deal of voice-acting, with his credits including the animated film "Mulan" and the animated television series "Jackie Chan Adventures" and "Young Justice."

He began his professional on-camera career in the early 80s, appearing on such shows as "Magnum, P.I." and "CHiPs". From there, he began to go back and forth between film and television projects, including "Heartbreaker", "Flashpoint", "Star Trek III: The Search for Spock", "Miami Vice", "RoboCop", "Twin Peaks", "Point of No Return", "ER", "Brave New World", "Traffic", "Third Rock from the Sun", and many others. He is most widely recognized for his voice over work, and has recorded character voices for such projects as "Mulan", "Justice League: The New Frontier", "Noah's Ark: The New Beginning", "Superman The Animated Series", "Jackie Chan Adventures", "El Tigre", "The Batman", "The Spectacular Spiderman", "Young Justice", and "Thundercats".

Miguel Ferrer was born on February 7, 1955 in Santa Monica, California as the eldest of five children of singer Rosemary Clooney and Oscar-winning actor José Ferrer. He was of English, German, and Irish descent through his mother and of Puerto Rican ancestry through his father. His siblings were Maria, Monsita, Gabriel, and Rafael. As a teenager, Ferrer went to Beverly Hills High School. He subsequently studied acting at the Beverly Hills Playhouse. 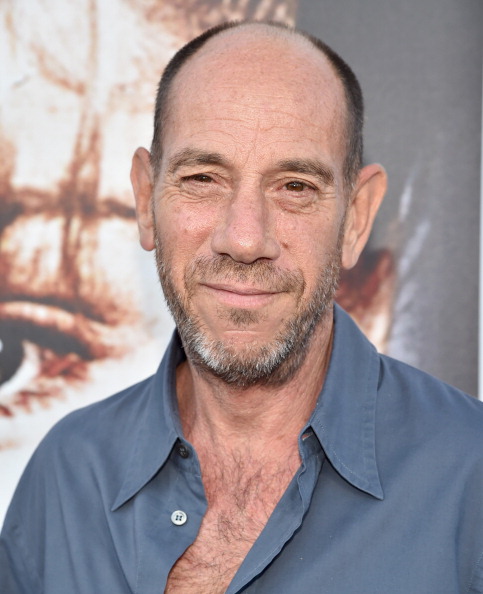 Ferrer began acting on television in the early 80s, appearing in episodes of "Magnum, P.I.," "Trapper John, M.D.," "CHiPs," "Cagney & Lacey," and "Hill Street Blues." He continued to have guest appearances on shows throughout the remainder of the decade, with credits including "Houston Knights," "Hotel," "Ohara," "Hooperman," and "Miami Vice." Ferrer also appeared in the television films "Guts and Glory: The Rise and Fall of Oliver North" and "Shannon's Deal." In the latter, he played Todd Spurrier, a character he reprised on the "Shannon's Deal" series in the early 90s. At the same time, Ferrer had notable roles on "Broken Badges," "Tales from the Crypt," and "Twin Peaks." In 1992, he had a main role on the short-lived sitcom "On the Air." Ferrer subsequently appeared in the miniseries "The Stand" and the television films "Jack Reed: A Search for Justice," "A Promise Kept: The Oksana Baiul Story," and "In the Line of Duty: Hunt for Justice," among other titles. His other major credits in the 90s included the NBC sitcom "LateLine," on which he had a main role.

Ferrer began one of his biggest television roles in 2001, playing Dr. Garret Macy on the crime drama series "Crossing Jordan." The popular show ran for six seasons through 2007. During that time, Ferrer lent his voice to the animated series "Jackie Chan Adventures," and had a main role on NBC's short-lived reboot of "Bionic Woman." Following that, he appeared in episodes of various shows, such as "Medium," "Law & Order: Criminal Intent," "CSI: Crime Scene Investigation," "Kings," "Lie to Me," and "Psych." Ferrer also continued voice-acting, contributing his talents to the animated series "Ben 10: Ultimate Alien" and "ThunderCats." His later voice-acting credits included "Young Justice," "Adventure Time," and "Stretch Armstrong and the Flex Fighters." In live-action series, Ferrer had a main role on "The Protector" and a recurring role on "Desperate Housewives" in 2011. The year after that, he began playing the main role of Owen Granger on "NCIS: Los Angeles," a role he remained in through 2017. That year, Ferrer appeared posthumously in "Twin Peaks: The Return," reprising his role as FBI forensics specialist Albert Rosenfield.

Ferrer had his first substantial role on the big screen in the 1983 drama "Heartbreaker." Subsequently, he had smaller parts in the comedy "The Man Who Wasn't There" and the science-fiction sequel "Star Trek III: The Search for Spock." After appearing in "Flashpoint" and "Lovelines," Ferrer had his breakthrough in Paul Verhoeven's 1987 science-fiction action film "RoboCop," in which he played overweening corporate executive Bob Morton. Following that, he had notable roles in "Deepstar Six," "Revenge," and "The Guardian," and reprised his role as Albert Rosenfield in David Lynch's "Twin Peaks: Fire Walk with Me," a prequel film to the eponymous television series. Ferrer went on to appear in such titles as "The Harvest"; "Point of No Return"; "Hot Shots! Part Deux"; "Another Stakeout"; "Blank Check"; "The Night Flier"; and "Mr. Magoo." In 1998, he starred in "Where's Marlowe?" and voiced Hun chieftain Shan Yu in the Disney animated film "Mulan."

Beginning the new millennium, Ferrer played a drug informant in Steven Soderbergh's Oscar-winning crime drama "Traffic." He was subsequently in John Sayles' "Sunshine State" and Jonathan Demme's remake of "The Manchurian Candidate." Ferrer then reunited with Sayles for the writer-director's "Silver City." He went on to appear in such films as "The Man," "Wrong Turn at Tahoe," "Hard Ride to Hell," "This is Not a Movie," "Four Assassins," and "The Courier." In 2013, Ferrer played Vice President Rodriguez in "Iron Man 3," his final live-action film role. His final two film credits were the 2014 animated sequel "Rio 2" and the 2017 direct-to-DVD animated superhero film "Teen Titans: The Judas Contract."

Beyond television and film, Ferrer was in the band Seduction of the Innocent along with Bill Mumy, Max Allan Collins, and Steve Leialoha. Notably, with Mumy and comic artist Kelley Jones, Ferrer co-created the Marvel Comics superhero character Comet Man, who made his debut in early 1987. Ferrer and Mumy also co-wrote the Marvel Graphic Novel "The Dreamwalker."

In 1991, Ferrer wed his first wife, actress Leilani Sarelle. The pair had two sons before eventually divorcing in 2003. Two years after that, Ferrer married Lori Weintraub.

Ferrer passed away in January of 2017 from throat cancer. He was 61 years of age.