What is Mickey Rourke's Net Worth and Salary?

Mickey Rourke is an American actor who has a net worth of $10 million. Although Rourke initially rose to prominence in the 1980s, he left the entertainment world in the early 90s to become a professional boxer. As a result, his acting career went through a lengthy stall, but he made a strong comeback in the 2000s and became one of the most recognizable faces in Hollywood.

Philip Andre Rourke Jr. was born on September 16th of 1952 in Schenectady, New York. Rourke was raised in a Catholic household, which had a strong impact on his later life. To this day, Rourke practices Catholicism and has been described as "a good Catholic" by his peers. When Mickey was just six, his father left the family. His mother initially raised Rourke and his siblings alone, but later remarried and moved the entire family to South Florida. In 1971, Mickey Rourke graduated from high school in Miami.

Mickey Rourke became a strong athlete in his teen years. He instantly gravitated towards boxing, entering the sport as an amateur fighter at the age of 12. From age 14 to 25, Mickey Rourke had a record of 27 wins and 3 defeats, although he suffered numerous concussions. After doctors advised him to take a year off and rest, Rourke eventually quit boxing temporarily.

Rourke's acting career began in the 70s with small roles in school plays and college productions. Rourke followed up with a number of television roles in the late 70s before establishing himself as a film actor with Coppola's Rumble Fish in 1983. After a number of erotic roles, Rourke became something of a sex symbol. He then gained critical acclaim for performances in Barfly and Angel Heart. During the next period, Rourke participated in a few ill-fated films and developed a reputation for being hard to work with. His personal life was also beginning to crumble, and he inexplicably turned down major, career-defining roles.

Mickey Rourke then spent the next few years pursuing a professional career in boxing. A few years later, his face was clearly disfigured after many injuries. Reconstructive surgery did little to address aesthetic issues. However, in the late nineties, Rourke returned to the film world with a number of action roles.

In the 2000s, Mickey Rourke appeared in films like Once Upon a Time in Mexico and Man on Fire. Another defining role came in 2005 with Sin City. Although Mickey Rourke had developed a reputation for being something of a "sellout" over the years, he challenged these claims after appearing in The Wrestler. Rourke was universally lauded for his performance, and he won many awards. He was also nominated for an Oscar.

Mickey Rourke also played the central villain Whiplash in Iron Man 2. Additionally, Rourke has gained notoriety for his role in The Expendables.

After Mickey Rourke appeared alongside Carre Ortis in 1989's Wild Orchid (which allegedly contained an unsimulated sex scene between the two), he married the actress in 1992. Two years later, Rourke was arrested on charges of spousal abuse, although these were later dropped. The couple later made amends and starred together in the film Exit In Red. Ultimately, their marriage ended in 1998.

In addition, Mickey Rourke has dated a range of female celebrities over the years. These include Terry Farrell, Sasha Volkova, Courtney Love, and Bai Ling. From 2009 to 2015, Mickey Rourke was in a long-term relationship with Anastassija Makarenko. 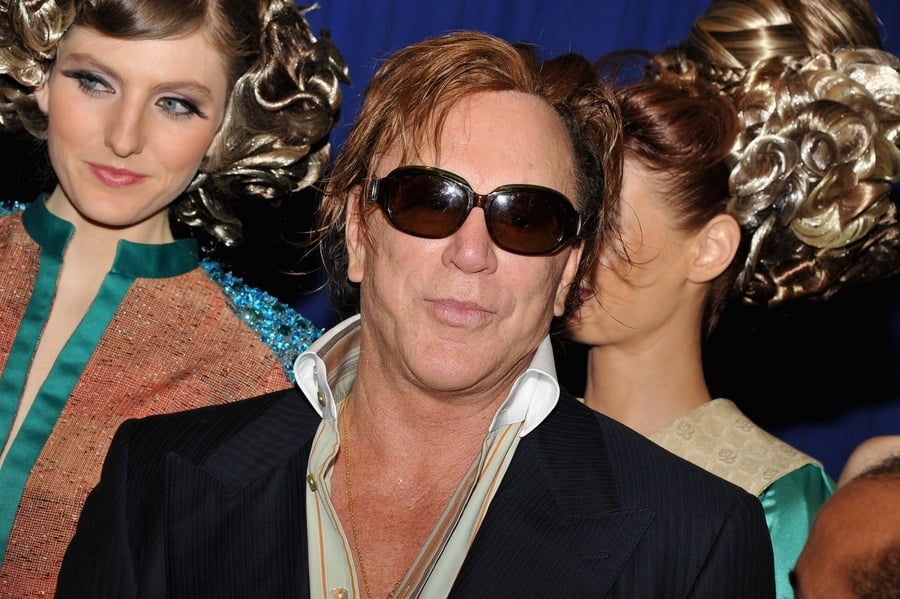 Mickey Rourke has gone through several rough patches in his career, and he has admitted to suffering from various mental health issues prior to his comeback in the acting world. He stated that he got through these rough times with support from his agent, his psychiatrist, and a Catholic priest.

Mickey Rourke is famous for his activism and his outspoken political views. In 1989, Mickey Rourke donated most of his 1.5-million-pound salary to organizations supporting Joe Doherty, a member of the IRA who had taken part in an attack against British forces. Rourke has expressed support and admiration for George W. Bush over the years, especially in regard to his handling of the war in Iraq.

In 2014, Mickey Rourke purchased a t-shirt with the face of Russian President Vladimir Putin. He later explained his actions by stating the had met the president previously and admired him. In 2015, Mickey Rourke supported Ben Carson as the Republican nominee and denounced Donald Trump. He later called Trump a "garbage can president," among other things.

Mickey Rourke is also a passionate dog lover, and he prefers small breeds. Over the course of his life, Rourke has owned 5 chihuahuas.

Mickey Rourke has been arrested on a number of occasions. In addition to his arrest in 1994 (which he resisted), Rourke was arrested for a DUI in 2007 on Miami Beach. In 2014, he was arrested again – this time for a DUI while riding a Vespa.

Mickey Rourke's real estate investments (if any) are not widely known. However, he is known to rent various apartments. In 2011, it was reported that Rourke was moving out of a 5,000-square-foot Manhattan apartment for a smaller rental apartment. The apartment he previously rented allegedly cost almost $20,000 per month, whereas the smaller apartment he then chose cost $13,500 per month.

In 2014, it was reported that Rourke was on the hunt for another rental property, and he was allegedly choosing between options in the ballpark of $10,000 per month. Eventually, he signed an 18-month lease and moved into a Tribeca apartment. In 2017, Rourke's landlord sued him for unpaid rent and damages. He allegedly stopped paying rent two months before the lease expired, leaving him with $30,000 of rent debt. Rourke was also charged with $10,000 worth of damages to the apartment. These included holes left in the walls, a damaged bathtub, a broken lock for the front door, and the unauthorized installation of "disco lights" on the ceiling.

This wasn't the first time Rourke had been at the forefront of such issues. In 1994, he was ejected from the Donald Trump Plaza Hotel for causing serious damages to the Central Park Suite. Allegedly, Rourke broke $20,000 worth of furniture in the $5,000-per-night suite. 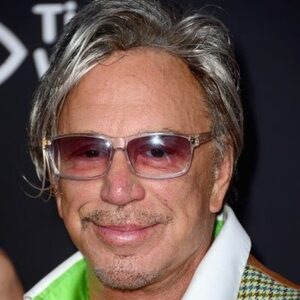