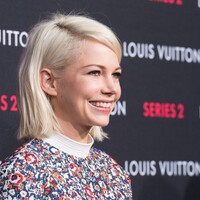 What is Michelle Williams' Net Worth and Salary?

Michelle Williams is an American actress who has a net worth of $30 million. Not to be confused with the singer Michelle Williams from Destiny's Child, Michelle Williams is a critically acclaimed actress who has won numerous awards for appearances in films like "Brokeback Mountain", "Manchester by the Sea", "All the Money in the World" and "My Week with Marilyn". Michelle is also notable for her relationship with late actor Heath Ledger. They share a child together. That child inherited the bulk of Heath's estate at the time of his death. More on this at the end of this article.

Michelle Williams was born on September 9, 1980 in Kalispell, Montana. Her father ran for the United States Senate twice, both times unsuccessfully. When she was 9, the family moved to San Diego.

She became interested in acting after seeing local productions of musicals such as "Annie" and "The Adventures of Tom Sawyer". She herself would eventually appear in a production of Annie. As she began pursuing acting more regularly, her family would bring Michelle up to San Diego for auditions.

Michelle's first on-screen appearance came in 1993 on an episode of "Baywatch". This led to other parts on shows like "Home Improvement" and "Step by Step". With her parents' blessing she successfully emancipated herself at the age of 15 and moved to Burbank, California where she lived by herself to pursue a career full-time. She landed commercials and further bit parts to support herself. Michelle's feature film debut came in 1994's "Lassie". 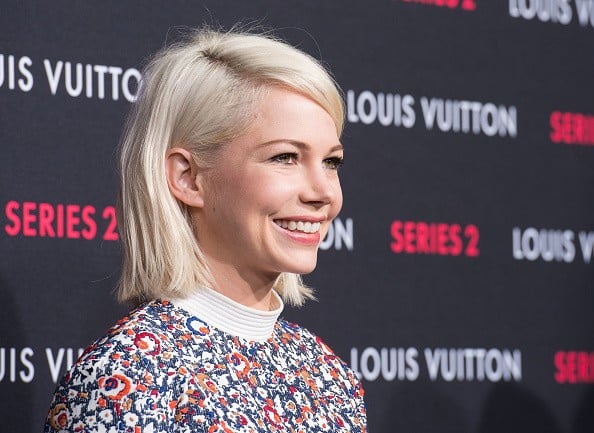 In 1998, Michelle landed the role of Jen Lindley on the series "Dawson's Creek". Williams appeared in 188 episodes of the show from 1998 until 2003, earning a YoungStar Award nomination for Best Performance by a Young Actress in a Drama Series. Michelle moved to North Carolina for six years. The show was filmed in North Carolina 9 months a year, during its run.

Williams would later credit the financial stability provided Dawson's Creek for allowing her to take risks in challenging independent films. For example, she earned critical raves for 2003's "The Station Agent".

In 2005, Michelle starred in "Brokeback Mountain". The movie went on toe earn $178 million on a budget of $14 million and Michelle earned her first Academy Award nomination, for Best Supporting Actress. Williams received her second Academy Award nod, this time for Best Actress, for 2010's "Blue Valentine", a third nomination for "My Week with Marilyn", in which she played Marilyn Monroe and a fourth nomination for 2017's "Manchester by the Sea". She won Best Actress Golden Globes for 2011's "My Week with Marilyn" and 2019's "Fosse/Verdon".

While working on Brokeback, Michelle began dating co-star Heath Ledger. They welcomed a daughter named Matilda in 2005. Heath and Michelle separated in 2007. Tragically, Heath died of an accidental drug overdose.

Immediately following his death, it was believed that Heath's most recent will was signed before his relationship with Michelle and before the birth of their daughter. This temporarily caused some controversy over who was the legal heir to his estate. His estate as the time of his death was worth roughly $16 million. That number was expected to grow to as much as $20 million when real estate and an upcoming portion of profits from "The Dark Knight" were included. As such, for a time Heath's family believed the estate should actually have been divided between his parents and three siblings, with Michelle and Matilda receiving nothing.

Ultimately, Heath's family concluded that daughter Matilda was the primary heir to Heath's estate. Heath's father Kim would also later announce that Michelle was an "integral part of our family" and that "they would be taken car of and that's how Heath would want it to be."

On September 27, 2008, Heath's father stated bluntly that "the family had agreed to leave the $16.3 million fortune to Matilda. There is no claim. Our family has gifted everything to Matilda."

In 2019, Michelle became engaged to director/producer Thomas Kail. Thomas became incredibly successful thanks to his work with Broadway megastar Lin Manuel Miranda. Kail produced and directed "Hamilton" from its debut on Broadway and earned tens of millions from the run so far. In 2020 they announced they were expecting a child.

In January 2020, Michelle and Thomas moved into a Brooklyn home he purchased through a trust. The $10.8 million townhouse is in Brooklyn Heights. It was one of the most-expensive purchases in the neighborhood's history. Michelle is a former Brooklyn home owner. In 2015 she sold her longtime townhouse for $8.8 million. She still maintains another home in Brooklyn which was purchased in 2015 for $2.5 million.