What is Michelle Trachtenberg's Net Worth and Salary?

Michelle Trachtenberg was born on October 11, 1985 in New York City, New York to Jewish immigrants Lana and Michael. She has an older sister named Irene, with whom she grew up in the Sheepshead Bay neighborhood of Brooklyn. As a small child, Trachtenberg appeared in hundreds of television commercials; her first was for Wisk detergent at the age of three. For middle school, she went to the Bay Academy for the Arts and Sciences in Brooklyn. Later, after moving to Los Angeles, California, Trachtenberg attended Notre Dame High School.

Trachtenberg had her first role on a television series in 1991, when she appeared in an episode of the police procedural drama "Law & Order." Two years later, she played Elsie Soaperstein in an episode of the teen sitcom "Clarissa Explains it All," and began a recurring role on the soap opera "All My Children" that lasted until 1996. During this time, from 1994 to 1996, Trachtenberg also had a recurring role on the series "The Adventures of Pete & Pete." She was next in episodes of the sitcom "Dave's World" and the science-fiction Nickelodeon series "Space Cases."

Trachtenberg had her next main television role on the short-lived science-fiction sitcom "Meego," which ran for six episodes in 1997. Following this, she appeared in episodes of the children's educational programs "Blue's Clues" and "Reading Rainbow," as well as in an episode of the sitcom "Guys Like Us." From 1998 to 1999, Trachtenberg was a panelist on the children's game show "Figure it Out." In 2000, she landed her most famous role: Dawn Summers, the little sister of Buffy, on the supernatural drama series "Buffy the Vampire Slayer." Trachtenberg debuted in the show's fifth season, and appeared in every episode through the show's finale in 2003. The same year she began on "Buffy," Trachtenberg appeared in the television film "A Father's Choice." She also hosted the Discovery Kids program "Truth or Scare" from 2001 to 2003.

In 2004, Trachtenberg played the guest role of spoiled pop star Celeste in the fourth season of the acclaimed HBO series "Six Feet Under." Following this, she starred in the Lifetime television film "The Dive from Clausen's Pier," and appeared in an episode of the medical drama "House." Trachtenberg had her next major role on a series from 2008 to 2012, when she played Georgina Sparks on the teen drama "Gossip Girl." During this time, she had a main role on the short-lived medical drama "Mercy," and had guest roles on "The Super Hero Squad Show," "Love Bites," and "Weeds." Trachtenberg was subsequently in episodes of such shows as "Criminal Minds," "NCIS: Los Angeles," and "Sleepy Hollow." She was also in the television films "Killing Kennedy," "The Christmas Gift," and "Sister Cities," and lent her voice to numerous episodes of the animated sketch comedy series "Robot Chicken." 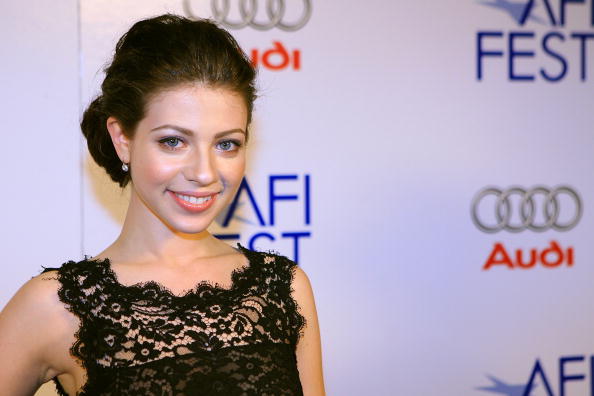 Trachtenberg made her big-screen debut in 1996, starring in the titular role in the children's coming-of-age comedy film "Harriet the Spy." Three years later, she had parts in a couple of other children's films, "Inspector Gadget" and "Can't Be Heaven." Trachtenberg didn't return to the big screen until 2004, when she appeared in two very different and very adult films: the raunchy sex comedy "EuroTrip" and Gregg Araki's brooding coming-of-age drama "Mysterious Skin," based on the eponymous novel by Scott Heim. The next year, she starred as an aspiring figure skater in the teen sports dramedy "Ice Princess." In 2006, Trachtenberg starred alongside William Hurt, Julianna Margulies, and Rita Wilson in "Beautiful Ohio," and also starred in the slasher film remake "Black Christmas."

After three years away from the big screen, Trachtenberg returned with two films in 2009. The first was "Against the Current," in which she appeared alongside Joseph Fiennes and Mary Tyler Moore in her final film role. Her second 2009 film was the fantasy comedy "17 Again," starring Zac Efron. Trachtenberg's later credits have included the buddy cop action comedy "Cop Out," starring Bruce Willis and Tracy Morgan; the romantic comedy "Take Me Home Tonight," with Anna Faris and Topher Grace; and the thriller "The Scribbler," based on the eponymous graphic novel and featuring Katie Cassidy, Garret Dillahunt, Sasha Grey, Eliza Dushku, and Michael Imperioli, among others. Additionally, Trachtenberg appeared in the direct-to-video black comedy film "Sexy Evil Genius," costarring Katee Sackhoff, Seth Green, Anthony Michael Hall, Harold Perrineau, and William Baldwin.

In addition to traditional film and television, Trachtenberg has appeared in a handful of web series. In 2015, she starred as a high school guidance counselor in the teen drama series "Guidance." Three years later, Trachtenberg voiced the main character Judy Reilly on the animated comedy series "Human Kind Of," broadcast on the Facebook Watch service. In 2021, she hosted the series "Meet, Marry, Murder." 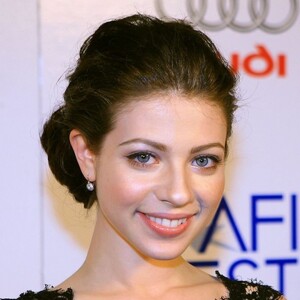